14 violations of freedom of speech recorded in October: attack on “Skhemy”, pressure on Suspilne 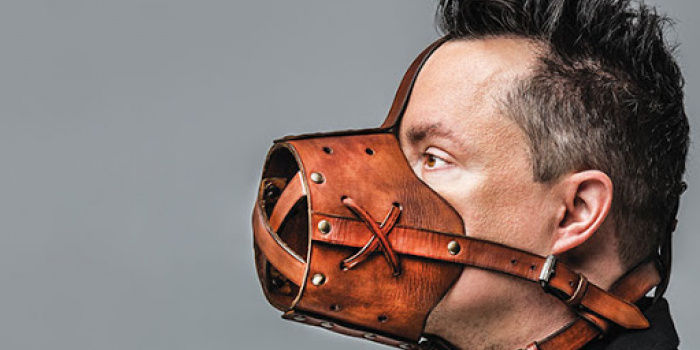 In October, IMI experts recorded 14 cases of violations of freedom of speech in Ukraine. Of these, nine cases involved physical aggression against journalists. These are the figures of the monthly monitoring of the Institute of Mass Information " Freedom of Speech Barometer" *.

Most violations were recorded in the categories of "obstruction" (seven) and "censorship" (three). There were also two cases of beatings and cybercrime.

Thus, among the cases of obstruction of international publicity was the attack on journalists of the "Skhemy" program during an interview with the chairman of Ukreximbank Yevhen Metsher right in his office. Metsher got angry after one of the questions of the investigative journalist Kyrylo Ovsyany, after which he ordered the guards to "take away the cameras" and "get the tapes out of them." The bank's employees used physical force against Oleksander Mazur, the cameraman of “Skhemy”, confiscated two cameras from him, confiscated the cards on which they were recording, and deleted the recorded video. The court has so far chosen precautionary measures for three suspected bank employees.

Another high- profile case was about an attempt to cancel the screening of the film "Investigation.info" "Offshore 95" about Ukrainian President Volodymyr Zelensky under the pretext of alleged repair work at the Maly Opera. Finally, due to social outcry the municipal institution authorized the premiere to be held. Slidstvo.Info has identified a man who called officials of the Kyiv City State Administration saying he was an “SBU employee” and threatened employees with “problems” if they would not cancel the screening. 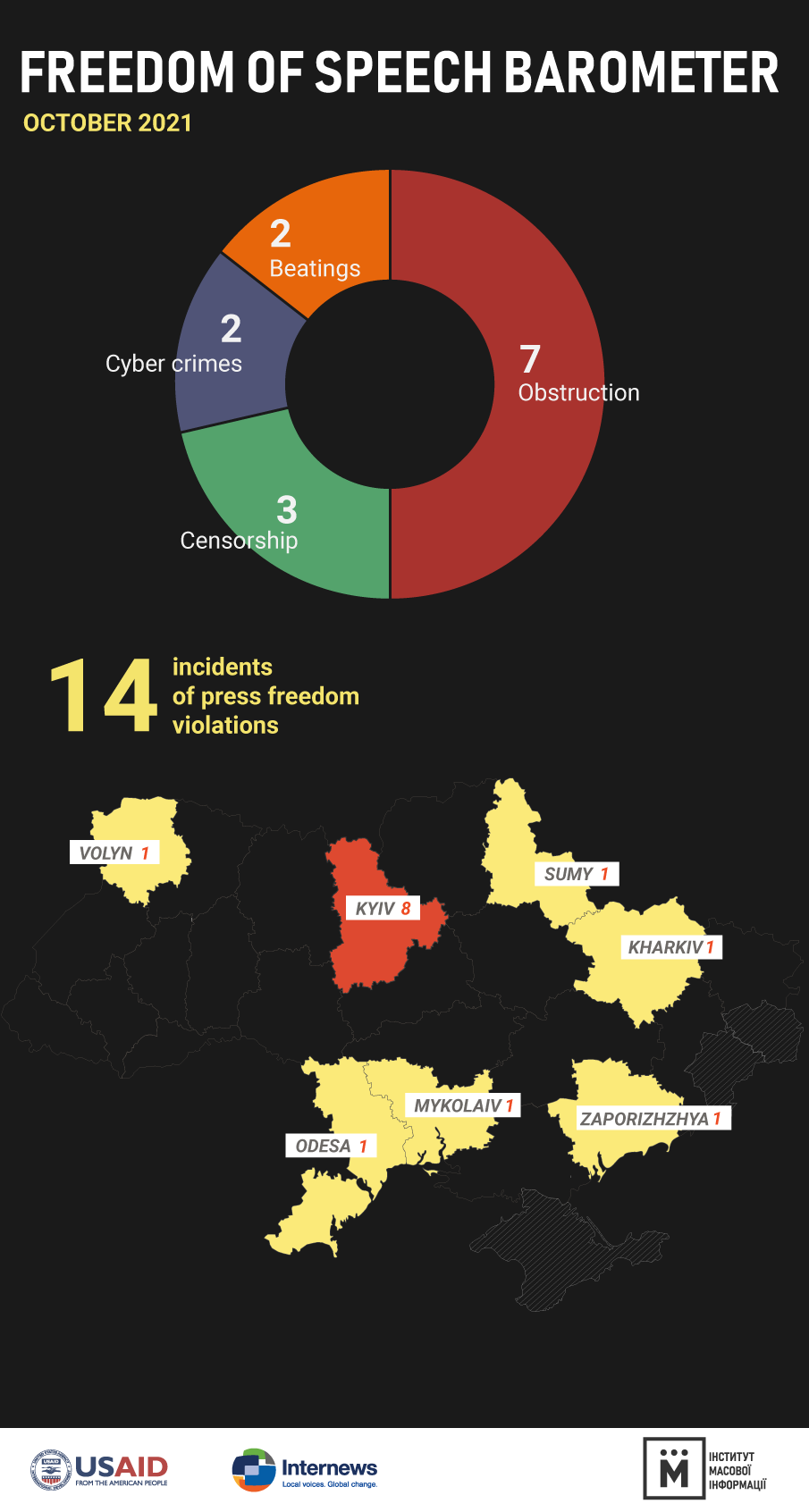 Several broadcasters claimed to be under pressure from the President’s Office. At first, it was Suspilne (UA:Pershy) who said about it. Then Pryamy TV and talk show of Savik Shuster joined Suspilne.

Thus, Myroslava Barchuk, the host of the talk show "Countdown" (Zvorotniy Vidlik) on the UA: Pershiy TV channel, stated that the staff of the President's Office was making pressure on the program. According to the presenter, subordinates to the head of the Office of President Andriy Yermak accused the talk show of not meeting professional standards (lack of the balance of opinions in the program aired on October 18) and set their conditions for the presence of deputies from the "Servant of the People" in the studio.

Then, Pryamy TV reported that the President’s Office made pressure on them in an attempt to supervise the participation of MPs from the Servant of the People faction on the air. In particular, regarding the number of deputies on the air and the presence of certain guests with the "servants".

Savik Shuster's program said they had faced pressure from the President's Office, as Dariya Tarasova, managing editor of Savik Shuster's “Freedom of Speech” talk show, said. She told "Segonya" about it ..

Dumska TV and Nash TV channel reported that its journalists were aggressed and beaten. We will remind, on October 4 in Odessa workers of one of cafe attacked TV crew of "Dumska TV" as they were going to film a story about breach to rules of epiodemologic safety.

The Odessa police have launched criminal proceedings for obstructing the journalistic activities of the Dumska TV crew, as this was reported on the website of the National Police in Odessa region.

In Sumy, activists of Pravy Sektor aggressed journalists for one of the TV channels in Sumy on October 30. According to the channel's journalist Maksym Herasymenko, the attackers smashed the equipment and hit him in the face. Police probe into the case.

There were two cases of cyber attacks targeting the media.  The website of the Ukrainian Pravda online edition has been down for some time due to a DDoS attack. This was reported to IMI by the editor-in-chief of the publication Sevhil Musayeva.“Error 404” message appeared when accessing the site. Sevhil Musayeva does not exclude that the attack may be connected with the organization of a rally in support of Skhemy journalists, who were attacked on October 4 during an interview with Ukreximbank Chairman of the Board Yevhen Metzher..

Beeyond this, Serhiy Antonenko, the founder and journalist of the online magazine “Legal Informatics”, reported to have been targeted with a smear caampiagn after his journalistic investigations on the Ministry of digital transformation of Ukraine.

Thus, since the beginning of the year, IMI has recorded 153 cases of violations of freedom of speech, 80 cases of obstruction, 19 beatings, 12 threats, 12 cybercrimes and 11 restrictions on access to information.

More details are available on the IMI website, in the "Freedom of Speech Barometer" section.

This study was made possible by the support of the American people through the USAID Media Program in Ukraine project, which is run by the international organization Internews Network in partnership with the international organization Freedom House. The content is under the sole responsibility of the Institute for Mass Information and does not necessarily reflect the views of USAID, the US Government or the Internews Network.