Savik Shuster ‘s program claimed about pressure from PO: boycotts and recall of ministers off the air 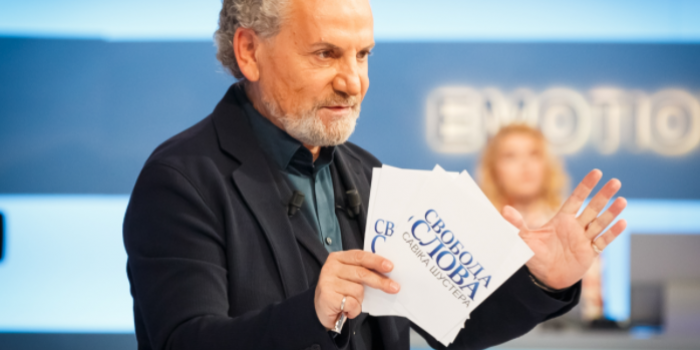 Savik Shuster's program has been usually facing pressure from the President's Office, as Dariya Tarasova, managing editor of Savik Shuster's “Freedom of Speech” talk show, said. She told "Segonya" about it .

According to her, the pressure on freedom of speech existed under the previous authorities, and it continues under the current one.

"This was the case under the previous authorities, and it continues under the current one. Both during the presidency of Yanukovych and Poroshenko, the authorities always tried to impose on us convenient opponents and delegate to the air not those ones whom we would like to invite, but those ones whom they found to be good for them. Despite the fact that a new generation of politicians is in power in Ukraine now, the methods of interaction with the media remain the same, " Tarasova said.

She also recalled that in May 2020, the program discussed energy independence and the MP from "Servants of the People" Oleksander Dubinsky, who was invited to take part in the program via Skype, "decided that he had the right to make adjustments to the script of our broadcast and not to respect what had been agreed with us the day before. "

"He tried to break into the studio. It was pure provocation, lies and personal PR. Oleksansder Dubinsky slandered us, went on YouTube with his stream-video, and despite this, the party took his side. And the President's Office simply recalled Minister of Energy off the air, "said Darya.

According to her, the second similar incident occurred in early October, when MPs from the "Servant of the People" party boycotted the program.

“Under the pretext of a meeting in Truskavets, they refused to even join the live broadcast or provide assistant ministers for discussion. While there, our special correspondent could learn from from the MPs from “The Servant of the People”that the boycott was initiated directly from Mykhaylo Podolyak from the President’s Office. We claimed it publicly on live, "Tarasova said.

The journalist also noted that the Minister of Culture and Information Policy Oleksander Tkachenko in 2015, while being the general director of the 1 + 1 TV channel, "on the orders of oligarch Igor Kolomoisky, threw Savik Shuster's program off the air two minutes before the broadcast."

"Today, this person is responsible for information policy in the country," Tarasova stressed.

She added that today, instead of dialogue with society, they push paid bloggers to take part into discussions on socio-political programs, and such posts are published on Facebook and Telegram channels.

"The current government does not accept any criticism, even constructive. Employees of the President's Office, who try to protect the president from criticism, are actually doing more harm than good. Authorities without criticism inevitably become a dictatorship. The government's attempts to influence the content of socio-political programs, ours, the Suspilne's and any others,  show that we are moving in the direction of Russia and Belarus. Are such precedents possible in a country that has proclaimed European values as its priority? Will the European Union accept into its community a state where such tendencies exist? I gues the answer is obvious, ' Tarasova summed up.

and any others - show that we are moving in the direction of Russia and Belarus. Are such precedents possible in a country that has proclaimed the priority of European values? Will the EU accept into its community a state where there are such trends? I think the answer is obvious. " , - Tarasova summed up.

As IMI reported, on October 19, Myroslava Barchuk, the ho As IMI reported, on October 19, Myroslava Barchuk, the host of the talk show "Countdown" (Zvorotniy Vidlik) on the UA: Pershiy TV channel, stated that the staff of the President's Office was making pressure on the program.. According to the presenter, subordinates to the head of the Office of President Andriy Yermak accused the talk show of not meeting professional standards (lack of the balance of opinions in the program aired on October 18) and set their conditions for the presence of deputies from the "Servant of the People" in the studio.

“The Servant of the People” political party claimed that the President's Office did not coordinate the presence of MPs on TV channels. This is said in the party's statement .

According to the party, over the past six months, the speakers of "Servants of the People" went to 792 studio broadcasts on 21 TV channels, participated in the "Countdown" 14 times. But, as they said, as for the coordination of our team's work, it is no secret that all processes are synchronized in the triangle "mono-majority - government - President's Office." Representatives of the party's press service, faction secretariat, consultants and assistants of deputies are involved in the broadcasting of our deputies on air programs, they said in the statement. 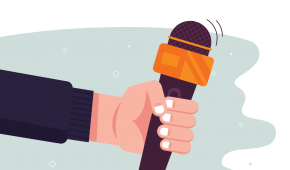