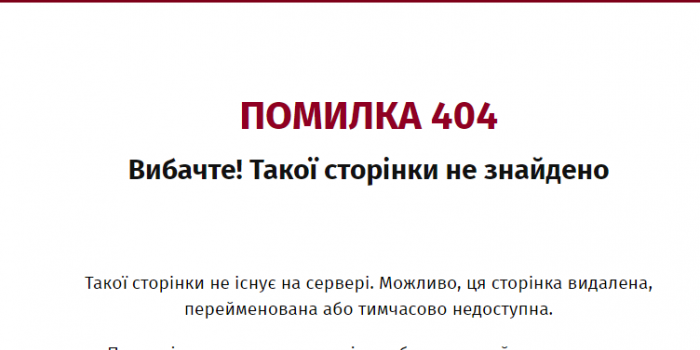 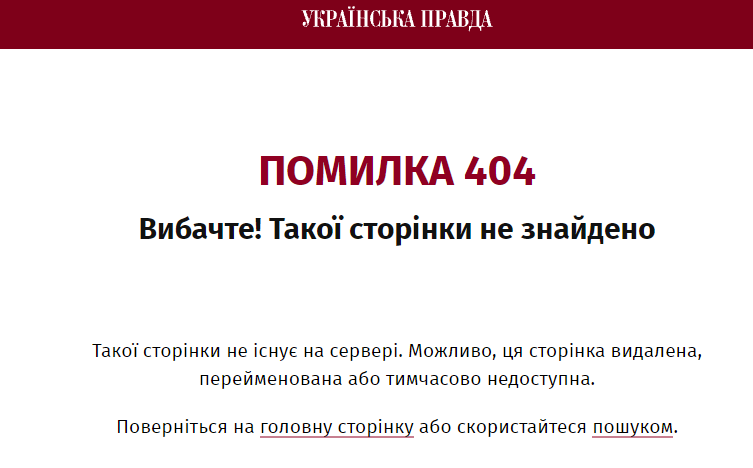 The website of the Ukrainian Pravda online edition has been down for some time due to a DDoS attack. This was reported to IMI by the editor-in-chief of the publication Sevhil Musayeva.

"Sorry! Page not found. Such a page does not exist on the server. This page may have been deleted, renamed, or temporarily unavailable. Return to the main page or use the search, ”the website says.

Sevhil Musayeva does not exclude that the attack may be connected with the organization of a rally in support of Skhemy journalists, who were attacked on October 4 during an interview with Ukreximbank Chairman of the Board Yevhen Metzher.

"We are checking the information, and now we are trying to restore the site," Sevhil Mausayeva said.

As IMI reported, Sevhil Museva organized an action in support of Schem journalists near the Ukreximbank building on October 6 in Kyiv, who was attacked during an interview with the head of the financial institution, Yevhen Metzher.

As IMI reported, on October 4 in Kyiv, employees of the state-owned Ukreximbank used brute force against  the film crew of "Skhemy" while recording an interview with the chairman of the financial institution Eugene Metzher right in his office.

On October 5, the Supervisory Board of Ukreximbank announced that it had begun investigating the circumstances of the conflict with Schemy journalists.