They attempted to disrupt screening of Slidstvo.info’s documentary on off-shore accounts of Zelensky 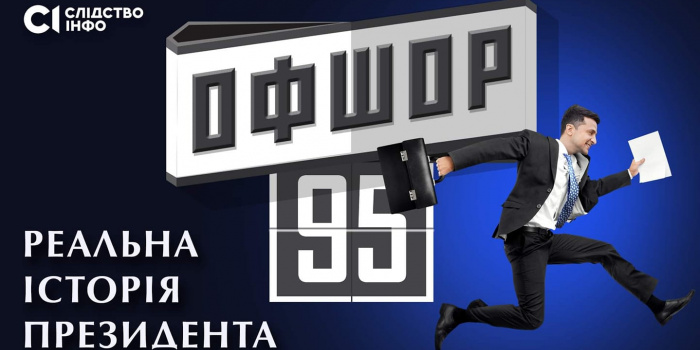 In Kyiv, on October 3, five hours before the premiere, the management of the Mala Opera canceled the screening of the investigation film of Slidstvo.Info Offshore 95 about President Volodymyr Zelensky under the pretext of repairs. Finally, due to social outcry the municipal institution authorized the premiere to be held, as Slidstvo.Info reported.

On the day of the screening, the director of the Mala Opera, Oleksiy Prasol, told Slidstvo.Info that the premiere would not take place despite the signed contract and paid premises. According to him, the premiseswere uner repair and there was no electricity. Journalists came to Mala Opera and found out that the electricity was OK and no repair work was underway.

“Offshore 95” investigation is part of the international Pandora Papers project, a global leak of documents that revealed secret assets, secret deals and hidden assets of the richest people around the world.

Journalists from all over the world simultaneously published their materials on the Pandora Papers project. According to Slidstvo.Info, that is why they could not postpone the premiere of the investigative documentary.

After the screening of the film "Offshore 95" at the Mala Opera", the team "Investigation.Info" warned all who had registered themselves for the premiere, and also asked on social media for help in finding a new location for the show.

According to Ukrayinska Pravda, the Mala Opera decided to cancel the screening of the film after a call to the Kyiv City State Administration from a man who called himself an "SBU employee" and threatened officials with "problems" if they did not cancel the screening.

In the end, two hours before the premiere, the administration of Mala  Opera told ”Slidstvo.Info ” that the screening of the film would take place, as had been agreed earlier.

A team of more than 600 journalists from 117 countries, members of The International Consortium of Investigative Journalists (ICIJ), worked on the Pandora Papers project.

ICIJ is an independent international network of investigative journalists who jointly expose cross-border crime and international corruption. They worked on the global leak of Panama Papers, Paradise Papers and FinCEN.