RSF calls Ukraine to guarantee security for journalists amid coronavirus 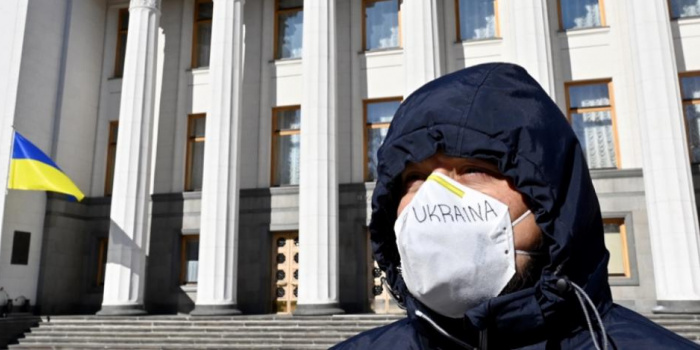 After a wave of physical attacks or other acts of intimidation or obstruction of journalists covering the coronavirus lockdown in Ukraine, Reporters Without Borders (RSF) calls on the authorities to guarantee the safety of media personnel and to ensure that they are able to report on the coronavirus epidemic, as this is said on RSF's website.

The latest targets include Alla Zhiznevska, a young ZIK TV reporter, and her crew, who were covering the lockdown in Kiev on 2 April when they were attacked by several men upset by the restrictions imposed during the quarantine. One of the assailants, who physically attacked Zhiznevska, was placed under house arrest on 7 April, but this has been the only arrest in the ten or so incidents targeting journalists since the lockdown was declared in Ukraine.

"The coronavirus crisis is being accompanied by an additional danger for Ukraine’s journalists, who have become a favourite target for the discontent of some members of the public," said Jeanne Cavelier, the head of RSF’s Eastern Europe and Central Asia desk.

"At the same time, it is disturbing to see local authorities using the lockdown to limit or control the media’s access to information that is of general interest. Access to information and journalists’ safety must be guaranteed, now more than ever. We deplore the lack of any reaction from President Zelensky and his government."

All of the attacks against journalists have taken place in public and have been carried out by persons who clearly disagreed with the lockdown and mistrusted the media, which have received little support or protection from the authorities.

The latest victims also include Espresso TV reporter Dina Zelenskaya and her crew, who were doing a story on compliance with the lockdown by restaurants in Kiev on 2 April when they were attacked by a man who threw the crew’s camera and Zelenskaya’s phone into the River Dnieper.

In the western city of Chernivtsi, Galina Eremitsa, a reporter for the local news website Chernivtsi.Online, was attacked on 30 March by two Russian Orthodox worshippers who tried to break her camera. In the northwestern city of Lviv, a Pershiy Zakhiniy TV crew were filming in a store on 27 March when they were locked inside by the store’s owner. In the nearby Krasiliv region, a NewsOne TV reporter’s arm was broken by a face mask vendor on 25 March.

There have also been cases of harassment and obstruction not involving violence. Security guards prevented RFE/RL journalists from filming outside the Kiev Monastery of the Caves on 19 March. When Hromadske TV reporter Alina Sheremeta was filming at a store near the capital on 24 March, she was insulted and followed by a man.

Local authorities have used the lockdown as a pretext for denying some journalists access to meetings that are supposed to be public. This is the case in the east-central city of Kryvyi Rih, where the authorities have prevented independent media outlets from attending municipal council meetings "because of the quarantine" although the city’s own media were allowed to attend.