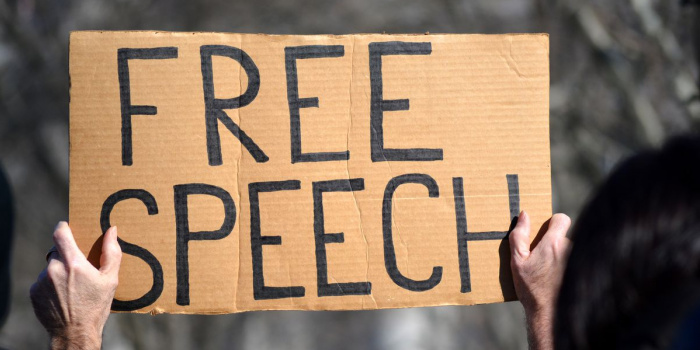 IMI continues summing up the results of the year 2021 as to interaction between the government and the media community and protection of journalists' rights.

The number of investigations into violations of journalists' rights increased by 69% in 2021 compared to 2020. In particular, according to the Office of the Prosecutor General, in 2021 law enforcement officers investigated and brought to court 27 cases under "journalistic articles" of the Criminal Code of Ukraine, and in 2020 there were only 16 such cases.

One criminal case under Article 348-1 (“Murderous attempt against a journalist”) was also registered.

Among the proceedings brought to court in 2021:

-17 criminal proceedings under Article 171 (“Obstruction of the lawful professional activity of journalists”);

-10 criminal proceedings under Article 345-1 (“Threat or violence against a journalist”) of the Criminal Code.

In the lists of violations of journalistic activity handed over to law enforcement officers from IMI, in addition to a summary of the circumstances and references to Barometer materials of IMI, a preliminary qualification of the act was provided, according to lawyers of our organization (if necessary - with brief explanations). We do not intend to encourage the DPIS leadership to give instructions to investigators who are procedurally independent, but we hope that the communication of our interpretation will give impetus to some generalization of the practice at the stage of investigation of such crimes and its improvement.

On September 14, 2021, media and human rights NGOs and the Prosecutor General's Office signed a Memorandum of understanding and cooperation. The memorandum was signed by the Institute of Mass Information, the Crimean Human Rights Group, the Institute for Regional Press Development, “Human Rights Platform”, “Detector Media” and the ZMINA Human Rights Center.

Interdepartmental working groups and a working group with relevant public organizations and the media to investigate crimes against journalists have been set up at the Prosecutor General's Office .

According to IMI experts, there is a demand for training for police and prosecutors. In particular, on July 22, IMI expert Kateryna Dyachuk took part in a training on the safety of journalists for investigators during the session “Establishing efficacious communicative mechanisms between law enforcement officers and the media. The Role of Journalism in Society and Country Reform Processes ”, organized by the Council of Europe and the Renaissance Foundation. And on September 9, the expert took part in a training for prosecutors on the safety of journalists "Protecting the professional activities of journalists and freedom of speech in Ukraine: combating impunity."

On April 1, the Institute of Mass Information appealed to the High Council of Justice, the High Qualifications Commission of Judges, the Council of Judges of Ukraine, and the Supreme Court over illegitimate restrictions on the rights of journalists in the courts. IMI recorded several incidents of denial of access to journalists to public court hearings without proper legal grounds. This is especially true for high-profile cases, which are the subject of heightened public interest. We called on the higher bodies of judicial self-government and supervision: to secure the ceasing of the practice of unlawful selective non-admission of journalists to public court hearings; to bring judges who have allowed illegal restrictions on the rights of journalists, violation of the requirements of publicity of the trial, to disciplinary or other legal liability provided by law.

But on April 20, the Council of Judges of Ukraine announced that the temporary restriction of access to court hearings for the persons who are not participants in court proceedings was justified primarily by the need to ensure the safety and health of citizens during the COVID-19 pandemic.

In May, IMI summed up that since beginning of the year, IMI experts recorded nine cases of violations of journalists' rights by officials of the judiciary in Ukraine.  Violations were recorded in Kyiv, Lutsk, Dnipro, Kharkiv and Sumy region. Mostly journalists were not allowed to attend public court hearings. This is especially true of high-profile cases, which are the subject of heightened public interest. Denial of admission was often justified by quarantine restrictions.

In view of this, on June 2, IMI representatives conducted a training for communication services in courts dealing with the issue of "Peculiarities of journalists' work in courts." Speakers of the training were Oksana Romanyuk, IMI Executive Director, Ali Safarov, IMI Lawyer, and Kateryna Dyachuk, Head of IMI Freedom of Speech Monitoring. During the training, the speakers discussed the main challenges related to the activities of journalists in the courts, as well as the construction of transparent and modern coverage of the work of courts and judges.

Institutional training of judges on the details of legal relations in journalism has been discussed since a long time, and other organizations are now also involved in the training for judges.

At the same time, generalizing the practice of relevant criminal cases in the courts would help to better protect the professional activities of journalists, but given the small number of such cases, when the Supreme Court deems it appropriate to make such a generalization, it is a big question. And the minor number of court cases, this is not a question to be addressed to the judiciary at all.

In the fall, IMI reported that since the beginning of the year, we have recorded seven convictions (one of which is acquittal) in cases of obstruction of journalistic activity. Since then, three more convictions have been added, ie a total of about 10 convictions can be predicted for 2021 (given the possible delay with the publication of the sentence in the register of sentences at the end of December this year).

The Verkhovna Rada Committee on Freedom of Speech considered incidents involving violation of journalists' rights with the participation of IMI representatives :

-On February 17, 2021, legal support and representation of Zaporizhzhya journalists ' interests was provided by an IMI lawyer at a meeting of the Verkhovna Rada Committee on Freedom of Speech regarding cases of violations of journalists' rights by Zaporizhzhya City Authorities (in particular, accompanying journalists' talks with government officials). It will be recalled that on January 30, more than 20 journalists from Zaporizhzhya addressed a public statement to the governmental authority asking them to intervene and to stop systematic denial of access for the journalists at the Zaporizhzhya City Council session and meetings of standing deputy commissions.

-On November 17, 2021, the committee considered the progress of the investigation of the attack on Alyona Bereza and the procedural features of this criminal proceeding with the participation of an IMI lawyer.

Legislative initiatives and amendments to information regulation in 2021

During 2021, MPs of Ukraine did not pass bills that would amend the laws of Ukraine " On Information" , " On Printed Mass Media (Press) in Ukraine" , "On News Agencies" , " On State Support of Mass Media and social protection of journalists " ," On procedure for covering the activities of public authorities and local governments in Ukraine by the media " .

In general, the legislation of Ukraine regulating information relations and liability for their violations has changed very little during 2021.

February 2, 2021, the draft law on amendments to the Criminal Code of Ukraine to strengthen the responsibility for committing criminal offenses against journalists (№3633 from 11.06.2020) was voted, approved by the Verkhovna Rada of Ukraine and on February 9, 2021 sent for signature to the president. However, contrary to the Constitution of Ukraine and the Rules of Procedure of the Verkhovna Rada, the president did not sign the law, and the president's proposals to the law were not submitted to the Verkhovna Rada. So the legal status of this normative document has not been determined, but this law has not entered into force. In essence, it should be noted that the mere increase in sanctions for "journalistic articles" can not significantly solve the problem of impunity, as its root lies not so much in the size of sanctions under the Criminal Code, but mainly in failure to prosecute perpetrators in general. This is only partly due to the wording of the articles of the Criminal Code (construction of corpus delicti, not sanctions for them), the rest is about passivity of journalists,and law enforcement (the latter also adds a lack of sufficient knowledge of information relations).

During 2021, the Verkhovna Rada of Ukraine registered about 60 bills that in one way or another affect the activities of the media and the work of journalists. They cover a wide range of areas, from regulating advertising in connection with the coronavirus pandemic to criminalizing the dissemination of harmful information, from amending the Rules of Procedure of the Verkhovna Rada of Ukraine on interaction with journalists to regulating Internet television. In addition, about 20 bills registered in previous years and not withdrawn are still under consideration.

So summarizing the draft of law work on regulating the activities of the media in 2021, we draw attention to progress of consideration of only some bills, which, in our opinion, should be monitored.

Draft Law on Media (№2693-d of 02.07.2020). The bill, finalized on the basis of three alternative bills in 2019, should regulate in one document the regulation of all media in Ukraine, including the Internet. Despite active discussions in the media and periodic submission to the Verkhovna Rada of Ukraine during 2021, MPs did not consider the bill even in the first reading.

The draft law on amendments to the Law of Ukraine “On Television and Radio Broadcasting” to improve mechanisms for ensuring transparency of ownership and financing of audiovisual (electronic) media (№ 2072 of 05.09.2019) was submitted to the Verkhovna Rada of Ukraine in early 2021, but and remained unexamined.

The draft law on amendments to some laws of Ukraine on the peculiarities of posting information materials on the use of budget funds (№ 6188 of 19.10.2021) proposes to mark all materials created at the expense of the budget with appropriate messages, including various congratulations of politicians, and other similar materials. Not yet considered.

At the end of the year, the Institute of Mass Information drafted a law “ On Amendments to the Criminal Code of Ukraine to improve the protection of journalism, ” which was introduced to parliament by a number of members of the Committee on Freedom of Speech and Other MPs under #64443 . The project is aimed at improving of defficencies of some wordings of the Criminal Code in the articles that protect the professional activities of journalists (171, 345-1, 347-1, 349-1).

In general, impunity for violating the rights of journalists has remained a problematic aspect of freedom of expression in Ukraine for decades, since the murders of Georgy Gongadze and Igor Alexandrov almost 20 years ago. To improve the situation, the reaction of the authorities should be systematically expressed in the following forms:

-sentencing under the relevant articles of the Criminal Code;

-referring the criminal proceedings to court (not all of them will end with a conviction);

-opening criminal proceedings (not everyone will reach the court);

-exchange of information with journalistic organizations;

-improving the practice of investigating crimes against journalists and considering relevant cases in courts;

-amendments to the legislation that shall improve the criminal protection of journalists. 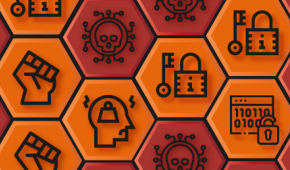 Freedom of Speech Barometer for November 2022 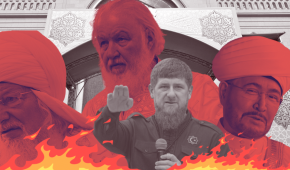 Russia commits 462 crimes against journalists and media in Ukraine in nine months of the war
Blogs
Collaborators' meaning juggling: how the minds of Ukrainians in the occupied parts of Zaporizhzhia oblast are being poisoned
"With Russia forever:" how "L/DPR" groups are preparing the region for "joining" RF
"I want this film to be presented at international trials:" the story of Lithuanian filmmaker's documentary, told by a Mariupol journalist
Western experts in the russian fog
Do you want to be first to learn about the new research of the Institute of Mass Information? Subscribe to the newsletter!