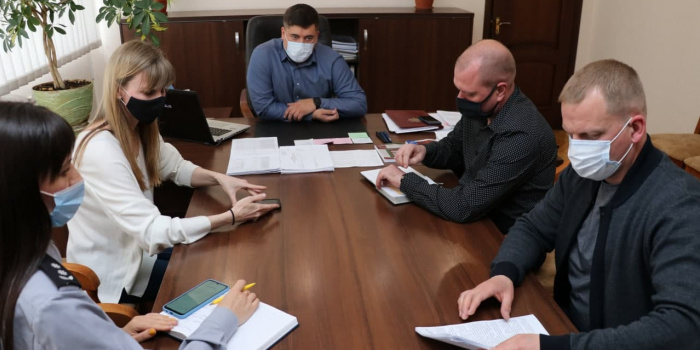 According to Dmytro Sheptytsky, five journalists have been recognized as aggrieved persons in that proceedings, and all involved in the incidents were questioned. Also, according to him, the incident of physical aggression against the editor of the website "Nenachasi" Kateryna Maiboroda by the deputy of the City Council from the faction "Volodymyr Buryak's party" Unity "Oleksandr Onyschenko was being investigated.

According to Oleksandr Hryhoriev, deputy head of the police investigation department, no one was notified of the suspicion for now.

"Also, so far we can not talk about the timing of the investigation, because investigators and inquiry officers are independent individuals, and they can not be influenced," - said Oleksander Grigoryev. However, as policemen assured, all necessary procedural actions would be made within the limits of the current legislation.

In total, since the beginning of 2021, the police have opened eight criminal proceedings for obstruction of the professional activities of journalists under Art. 171 of the Criminal code of Ukraine in the Zaporizhzhya region. One of them was dropped, as no corpus delicti was established. As to proceedings not related to denial of access to the Zaporizhia City Council, the investigators are currently determining both the composition of the crime and the applicants' affiliation with the journalistic community, as law enforcement officials said.

In order to define such cases more accurately as cases of obstruction to journalistic activity, the law enforcement officers asked journalists to remember some basic points.

“It’s important for a journalist to be identified: that he wore a badge with his name and the name of his mass media or a vest, something that will accurately prove that he is a journalist. That is, that the person who commits the offense knows well that the person before him is a journalist. You should also have an editorial letter specifying the place, event, time, and the task. All this is an additional point in favor of journalists in such investigations. It is also important that journalists have unexpired editorial press cards, ”said Oleksandr Hryhoriev, Deputy Head of the Investigation Department.

In general, law enforcement officers emphasized the openness of the police and their willingness to cooperate with journalists and representatives of media NGOs. In case of violation of journalists' rights, the journalists have to dial 102 immediately and the police guarantees that all incidents of obstruction of journalistic activity will be considered.

We will remind, on February 10, the permanent panel on deputy activity issues, regulations, and prevention of corruption of the Zaporizhia city council suggested to develop the procedure of accreditation of mass media. But the draft decision did not appear on the website of the City Council before the next session on February 24.

On January 20, the security guards of the Zaporizhzhya City Council did not allow journalists to attend meetings of standing deputy commissions. The guards justified the refusal with quarantine restrictions.