Police in Zaporizhzhya probes into 11 cases of obstruction of journalists 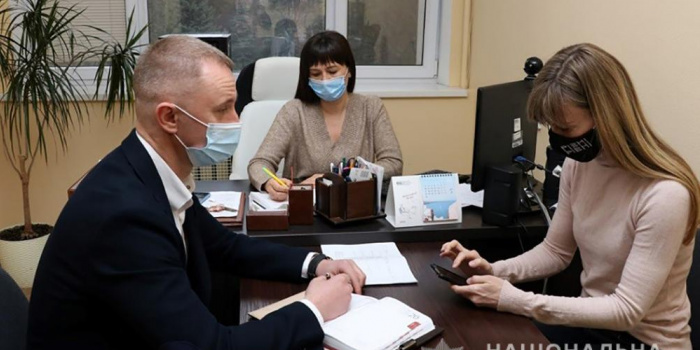 11 criminal proceedings in incidents involving obstruction to journalistic activity (Art. 171 of the Criminal code) have been instituted in Zaporizhzhya region in the space of the last year and the first decade of 2021. Such are the figures from the website of the Main directorate of the national police in the Zaporozhye region.

An indictment was sent to the court in one criminal proceeding, and investigations are underway in eight other cases.

The issues of security of the journalists in the region, progress of the criminal investigations of facts of obstruction were discussed during the meeting between the superiors of the Department for Protection of Public and State Interests and the Department of Communication and the representative of the Institute of Mass Information in the region Natalia Vyhovska.

The meeting aimed to strengthen dialogue and cooperation between law enforcement agencies and NGOs, to protect the journalists, to provide favorable conditions for journalism in accordance with applicable law.

As IMI reported, on April 23 in Zaporizhzhya, the editor of the Nenachasi website, Kateryna Maiboroda, was not allowed to attend the session of municipal council.

We will remind, on February 10, the permanent panel on deputy activity issues, regulations, and prevention of corruption of the Zaporizhia city council suggested to develop the procedure of accreditation of mass media. But the draft decision did not appear on the website of the City Council before the next session on February 24.

On January 20, the security guards of the Zaporizhzhya City Council did not allow journalists to attend meetings of standing deputy commissions. The guards justified the refusal with quarantine restrictions.