Officials in Zaporizhzhya refused to acknowledge request for information as such 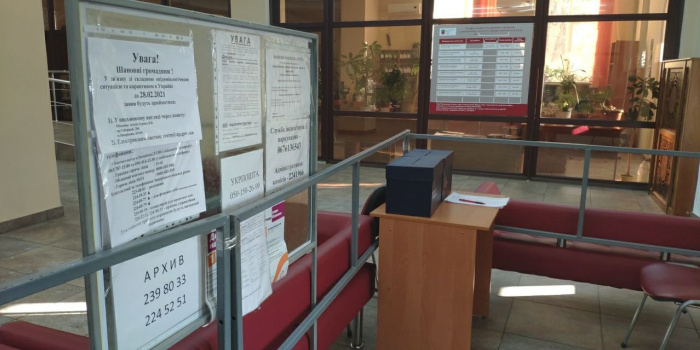 The journalist said, she had appealed to the head of the press and information department of the Zaporizhia City Council Diana Semenova complaining about denial of access to the meetings. But the latter refused to comment on saying the journalist had to address her questions to the City Council in form of request for information.

In her request, the journalist asked to explain what were the reasons for denial of access to the journalist to the City Council session, meetings of standing deputy commissions and meetings of the City Council Executive Committee. Shagabudtdinova also asked to provide information on which clauses of the minutes of the extraordinary meeting of the local commission on technogenic-ecological safety and emergency situations of Zaporizhzhya №9 from 23.03.2020 were valid as of 20.01.2021.

“At first, I received the reply from the sector for access to public information of the executive committee of the city council with the words: "Not a request !!!" I later received a letter informing me that the request had no signature, so it would not be considered. I also received another answer saying that my questions were not of the sphere of public information, because the request for information does not require clarification, generalization, analytical data processing, etc., and thus my letter was sent to the department for of citizens' appeals, "as the journalist said. .

The IMI media lawyer Roman Golovenko said that such actions by the Zaporizhia City Council were a direct violation of the Law of Ukraine “On Access to Public Information”.

"It is illegitimate to refuse a request. The request deals with public information, and such actions are an abuse by the administrator. One should file a complaint about this denial to the ombudsman's office, ”the media lawyer said.

As IMI reported, on January 20, the security of the Zaporizhzhya City Council denied access for the journalist for 061.ua Elmira Shagabudtdinova and editor of “Nenachas” Kateryna Maiboroda to the meetings of the standing commissions.

For more details about work of journalists during the enhanced lockdown in the period from January 8 to 25, please read the text here .