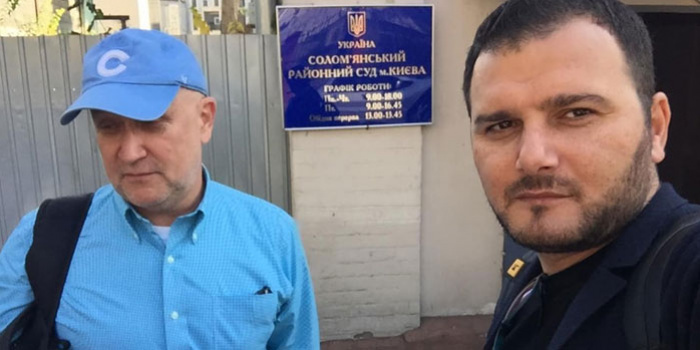 On October 15, journalist Danylo Yanevsky filed a complaint to the Kyiv Solomyansky District Court about failure to act of an investigator, who did not inform him about the start of the pre-trial investigation into the incident involving the press secretary of the President Yulia Mendel. It was reported on Facebook by the editor-in-chief of “Iceland” project Serhiy Grishin on October 15.

"As of October 15, 8 days after the complaint about the criminal offense has been filed, I was not notified of the pre-trial investigation being started and did not receive an excerpt from the National register of pre-trial decisions," as the complaint reads.

As IMI reported, on October 7, the journalist Danylo Yanevskiy filed a complaint with the Police Directorate in Solomyansky district in Kyiv about the fact of obstruction of the legitimate professional activities of Radio Svoboda journalists Serhiy Andrushko and Christopher Miller by Yulia Mendel, spokesman of the President Volodymyr Zelensky