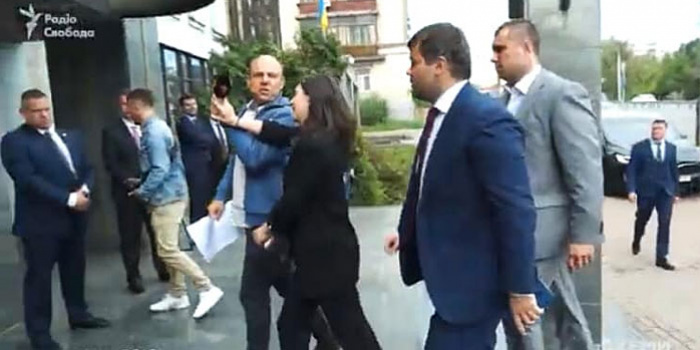 Yulia Mendel, press secretary of the head of state, pushed out of the way the journalist for Radio Liberty Serhiy Andrushko to prevent him asking question to Volodymyr Zelensky. The incident happened during the YES forum, which took place in Kiev from September 12 to September 14, as Hromadske reported.

The video was posted on Twitter by the journalist Christopher Miller, who noted that Mendel did so after Zelensky agreed to answer the question.

At the request of Hromadske to comment on, Yulyia Mendel said that she did not know what it was about. "I just came back from the UN summit, I don't know what you're saying, I didn't push anyone," she said.