Mendel commented on incident with journalist of “Schemes” 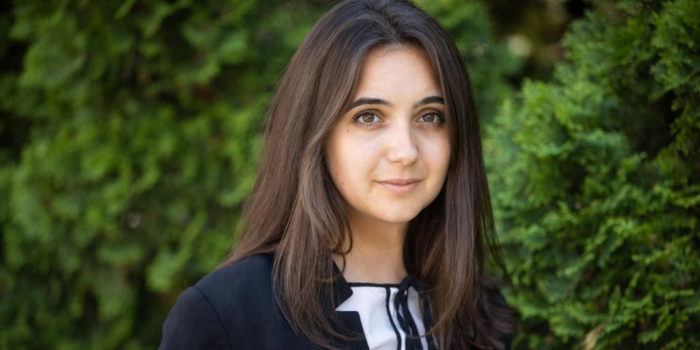 The spokesman for the President Volodymyr Zelensky Yulia Mendel commented on to Radio Svoboda the incident with “Scheme” project’s journalist Serhiy Andrushko.

"I did not push away Serhiy Andrushko. Don’t, please," she said in a comment to RFE/RL.

According to Mendel, the journalists were trying to get into the "personal space of the President", which posed a threat to his security.

She also recalled the attempts of volunteers Amin Okuyev and Adam Osmayev in the summer of 2017, when the killer introduced himself as a journalist.

"I just came to the US, we go out, and there was the journalists. But I went to the security and said we did not comment. And the security told me: if they rush, we will arrest them. This is a normal civil practice. If we say no, this is no. We told Serhiy: no. The person rushes at me, how much does he weigh? And what have I do? As an option, I can fall under him and then there will be a picture that Serhiy Andrushko beat the press secretary of the president ", - the spokesman said.

Mendel posted similar message on her Facebook, claiming that she was to "stop" Andrushko, not pushing him.

"He simply rushed. That's not that way they do in a civilized country. What kind of behavior is it? You can't get in the personal space of the president, well seriously, it's the security issue. He is the first person of the state," the president's press secretary argued.

Asked by Radio Liberty, when President Zelensky planned to hold a press conference to mark the first hundred days of his post, Mendel replied that he began to exercise fully his powers by the end of July 2019. As the parliamentary elections took place, after which a new government has been formed.

"We have already answered this. The answer was that the first hundred days were imperfect, because the person simply did not exercise the authority and did not have these powers. In fact, he assumed fully office in late July - early August. That’s to say to demonstrate some kind of results. I guess, you and me, we are humans and we want to see all the results, right? Now there are the results. One could speak based on the results. If a person has not been able to fulfill his or her powers, what are we going to talk about? " she  said.

IMI reported, the press secretary of the President Volodymyr Zelensky Yulia Mendel pushed out of the way the journalist for Radio Svoboda Serhiy Andrushko when he tried to ask a question to the head of state.