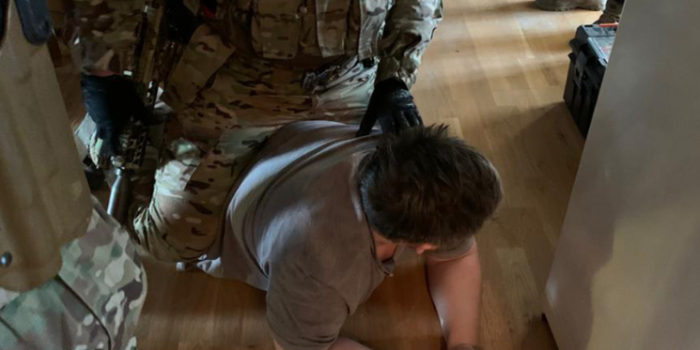 The Security Service of Ukraine reported the neutralization of russia's extensive FSB intelligence network, coordinated by the adviser to the so-called "head" of the temporarily occupied Crimea Sergey Aksyonov, in several regions.

According to IMI sources in law enforcement departments, the russian agents are a network of so-called "journalists" coordinated by Kherson collaborationist Kirill Stremousov.

According to the SSU, 19 enemy agents have been detained in Kyiv, Kharkiv, Odesa, Zaporizhzhia, as well as in Dnipropetrovsk and Vinnytsya regions.

The detainees worked as artillery spotters in missile strikes on Ukrainian cities and reconnoitered the positions of the Ukrainian Armed Forces, as well as collected information on the places where russian prisoners were being held.

In addition, they collected information on the underground national resistance members who are opposing the invaders in the temporarily occupied territories of southern Ukraine.

According to the investigation, the enemy group was led by an FSB agent staying in one of the districts of Kherson region. He passed the intelligence received from the informants to representatives of the russian secret services, including the adviser to the so-called "head of the Crimea" Aksyonov.

The SSU also found that the intelligence network had been formed by two FSB officers to conduct reconnaissance and sabotage activities against Ukraine. The information was transmitted through "contacts" based in the temporarily occupied territory of Kherson region. Private Telegram channels were used for communication.

Among the information provided to the occupiers were electronic maps of the places of mass gatherings, critical infrastructure objects, and Ukrainian military units.

During more than 30 searches at the homes of the enemy's agents, law enforcement officers have found weapons, computer equipment, and means of communication with evidence of crimes, as well as pro-kremlin propaganda content.

The issue of notifying the perpetrators of suspicion and choosing a measure of restraint in the form of detention is currently being resolved.

Within the criminal proceedings initiated by SSU investigators under Part 2 of Art. 111 (treason) of the Criminal code of Ukraine, the pre-judicial investigation is underway.

The perpetrators face up to 15 years in prison or life imprisonment.

On March 13, Kherson blogger-collaborator Kirill Stremousov was notified of suspicion of treason (Part 1 of Article 111 of the Criminal Code of Ukraine) in absentia.