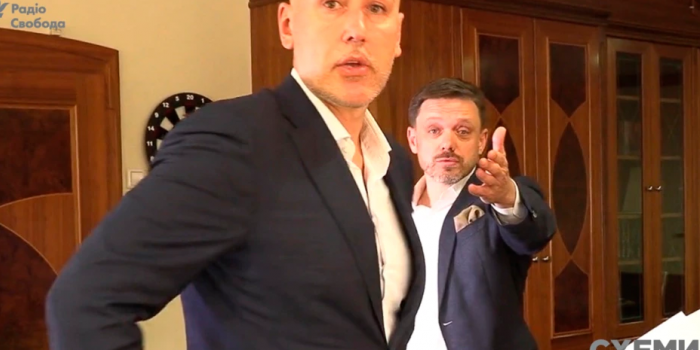 The Holosiivskyi District Court of Kyiv has ordered night house arrest for Volodymyr Pikalov, director of the information policy department of Ukreximbank. Nadiya Maksymets, a spokeswoman for the Kyiv City Prosecutor's Office, said this, as Ukrinform reported.

“Today, the prosecutor's office filed a petition (to the Holosiivskyi District Court of Kyiv - ed.) to impose precautionary measures on all three employees of the bank involved in the proceedings on obstructing the work of journalists from the “Skhemy” program. As for now, a precautionary measure has already been chosen for one official, the person responsible for information policy (Pikalov - ed.). The court chose night house arrest for him from 9:00 pm to 6:00 am, ” she said.

According to Channel 5 , the prosecutor's office asked Pikalov for 24-hour house arrest without bail. After the deliberation, the judge Oleksandra Koldina decided on a precautionary measure in the form of night house arrest.

Today, IMI reported, the Supervisory Board of Ukreximbank JSC dismissed Yevhen Metzher from the position of the Bank's Chairman of the Board.

Previously, on October 11, the Holosiivskyi District Court of Kyiv chose a measure of restraint for the suspended chairman of the board of Ukreximbank Yevhen Metsher.

Prosecutor of the Holosiivskyi Prosecutor's Office in Kyiv Dmytro Lyushenko requested a 24-hour house arrest for Metzher. He believes that the suspect may go into hiding. In addition, Metzher works at the same company with other persons targeted by the investigation, and so he could destroy some documents or influence the course of the investigation.

As IMI reported, on October 8, law enforcement officers served with a suspicion notice the security officer of Ukreximbank for obstructing the work of journalists of the "Skhemy" program and intentional acts of violence.