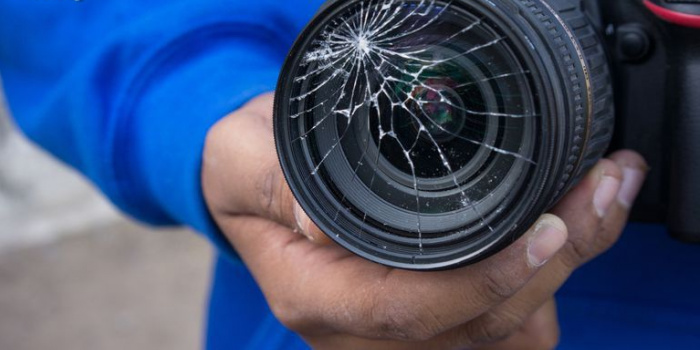 IMI lawyer Ali Safarov believes that enhancement of criminal liability for crimes against journalists does not solve the problem of proper investigation of the crimes themselves.

Ali Safarov commented on the draft law “3633 “On Amendments to the Criminal Code of Ukraine on Strengthening Liability for Committing Criminal Offenses against Journalists” adopted by the Verkhovna Rada on November 4.

According to the lawyer, in particular, this bill strengthens the responsibility for threats or violence against journalists, provided by Article 345-1 of the Criminal Code of Ukraine.

"However, the failure to make an efficacious, timely and complete investigation in cases, the failure to proceed with proper court proceedings, failure to bring to correlation the public danger of the incident and the severity of punishment for it, all these factors do nullify any harsher punishment. Inefficiency and untimely investigations result in a systemic impunity and multiplying of dangers of journalists’ activity, ” the lawyer said.

At the same time, Ali Safarov considers positive the very fact that the Verkhovna Rada pays attention to improving the security of journalistic activities.

“The adoption of Bill 3633 is a positive step. However, it should be noted that this step alone will not help protect journalists from crime. The enhancement of punishment will work only in case of inevitability of punishment. However, unavoidability of punichment, this is the biggest problem for Ukraine. In particular, the Office of the Prosecutor General reported about nine indictments brought to the court in 2020, out of 180 registered only in 2020, and 109 of them remain at the stage of pre-trial investigation, ”Ali Safarov said.

The IMI lawyer reminded that even fewer cases come directly to court. According to him, according to the register of judgments, Ukrainian courts in 2020 issued four sentences for crimes under the 171th Article of theCriminal Code of Ukraine: three convictions and one acquittal. At the same time, only one sentence concerned the events that took place in 2020, all the others concerned the cases of previous years.

With regard to Article 345-1 of the Criminal Code, the register of court decisions contains only two court judgments under this article. At the same time, none of these sentences applies to the incidents occurred in 2020.

As IMI reported, on November 4, the Verkhovna Rada adopted as a basis the draft law №3633 "On Amendments to the Criminal Code of Ukraine to strengthen the responsibility for committing criminal offenses against journalists."

The bill proposes to increase sanctions in Article 171 of the Criminal Code, as well as to reword the fourth part of Article 345-1 of the Criminal Code, which provides for criminal liability in the form of imprisonment for a term of seven to fourteen years for threatening to kill, violence, destroy or damage property of journalist, his close relatives or family members, intentionally inflicting beatings, light, moderate or serious bodily injuries on such persons.

On June 11, 2020, Andriy Kozhemyakin, a People's Deputy and a member of the “Batkivshchyna” national association faction, submitted to the Verkhovna Rada Bill №3633 “On Amendments to the Criminal Code of Ukraine to Strengthen Responsibility for Committing Criminal Offenses against Journalists”.

The bill also provided for an increase in fines for obstructing journalists to 51 thousand UAH.

On July 1, the Committee on Freedom of Speech supported Bill №3633.

On September 17, Mykita Poturayev, a People's Deputy from the People's Servant Committee and chairman of the Committee on Humanitarian and Information Policy, proposed increasing fines for obstructing journalists performing their professional duties.

On October 16, the Verkhovna Rada registered Bill №4224 , which proposes to strengthen the protection of the legal professional activities of journalists and other media participants, as well as the administrative and criminal liability of persons for committing offenses against journalists.

The legal analysis of the draft law №4224 from IMI is available here.