IMI records 17 crimes against journalists in Ukraine in August 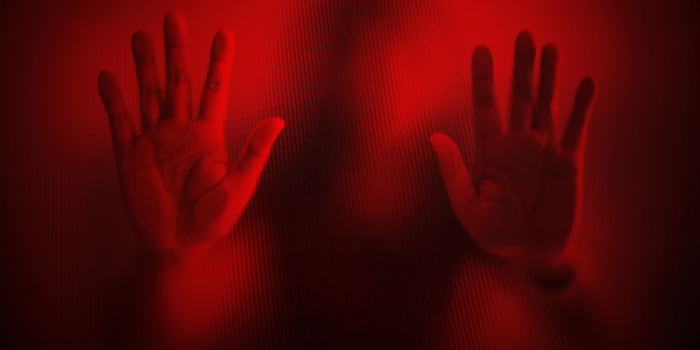 In August, the Institute of Mass Information recorded 17 crimes against freedom of speech in Ukraine. Of these, 11 were committed by russia against the media and journalists on Ukrainian territory.

At the same time, IMI recorded six cases of freedom of speech violations for which the Ukrainian side is responsible. 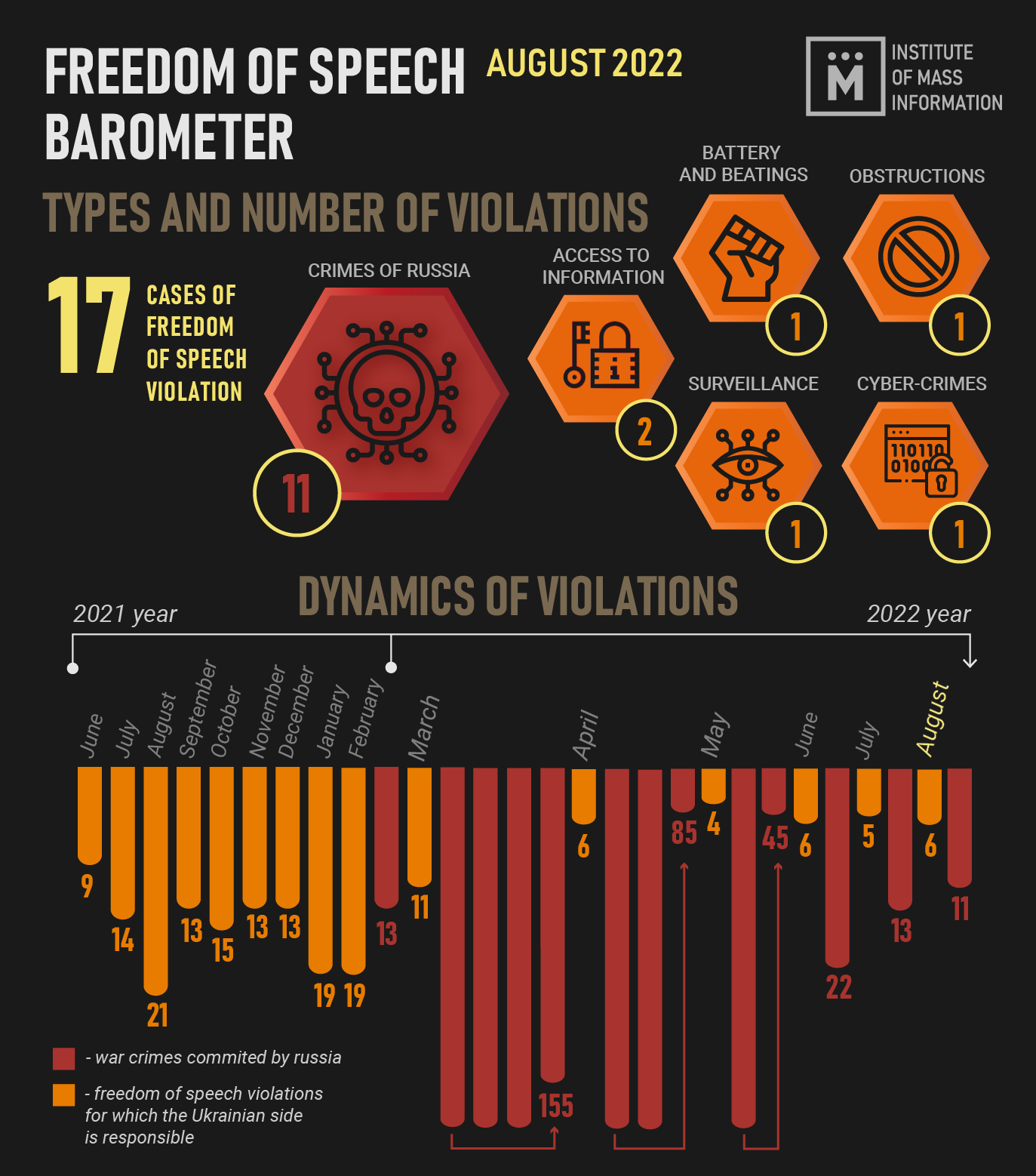 In August, the russian occupiers kidnapped patriotic blogger Olena Naumova, who talked about life under occupation and expressed support for Ukraine in her TikTok videos, from her own home. Her fate is unknown.

The Ukrainian Witness film crew came under russian shelling in Avdiivka. They were spotted by a drone, then the russians opened targeted fire. None of the journalists was injured. Journalist Oleksiy Prodayvoda pulled out a fragment from his bulletproof vest.

In Bakhmut, the occupiers shelled Vilne Radio office to the ground. The shelling of the building resulted in no casualties. Anastasia Shibiko, Vilne Radio's executive director, told IMI that the team had managed to take all the essential equipment away at the beginning of the full-scale invasion.

Vilne Radio believes that russian troops probably deliberately targeted a civilian facility. Separatist Telegram groups wrote that this building housed a radio office, a cafe, a service station, and a post office – all of which were allegedly being used by the military.

In Beryslav (Kherson region), the occupiers took over the editorial office of the local newspaper Mayak and started printing their propaganda under its brand. The first page contained an article about the anniversary of the Kyivan Rus Christianization, with the headline "One Faith. One Nation. One Country."

In addition, the russians keep carrying out cyber attacks on Ukrainian media platforms. On August 23, they tried to jam Suspilne's satellite signal from russian territory.

In August, IMI recorded six cases of freedom of speech violations for which the Ukrainian side is responsible. These include cases of beating and obstruction (one each), two cases of restricting access to public information, indirect pressure (stalking of journalists) and cybercrime – one case each.

The case of journalist Vitaliy Portnikov being stalked gained traction. He found a bugging device in the apartment he rented in Lviv – a voice recorder that can run for a long time. Portnikov supposes that this may have to do with his journalistic work. "It's a classic eavesdropping device that had been thrown in behind the sofa. I found it by accident. I'd like to know what it's about, but it's for the experts to establish when it got here: before I rented this apartment, or during this time. I could assume that it has something to do with my journalistic work, but I would prefer not to," he said back then.

IMI recorded cases of freedom of speech violations in Lviv and Rivne oblasts, as well as Zaporizhzhia and Kyiv cities.

Tired of working at this pace – Maryan Kushnir about his last conversation with Maks Levin
Blogs
Collaborators' meaning juggling: how the minds of Ukrainians in the occupied parts of Zaporizhzhia oblast are being poisoned
"With Russia forever:" how "L/DPR" groups are preparing the region for "joining" RF
"I want this film to be presented at international trials:" the story of Lithuanian filmmaker's documentary, told by a Mariupol journalist
Western experts in the russian fog
Do you want to be first to learn about the new research of the Institute of Mass Information? Subscribe to the newsletter!