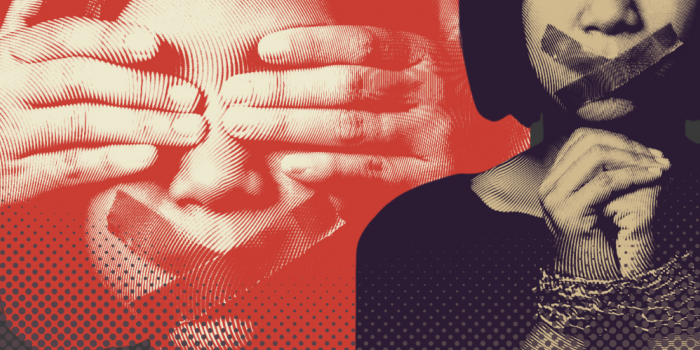 In October, IMI experts recorded eight crimes against freedom of speech in Ukraine. Three of them were committed by Russia against Ukrainian media and journalists.

Russia's crimes include kidnapping, destroying TV towers, as well as the detention of Ukrainian journalist Gulsum Halilova in Istanbul at Russia's request made within Interpol's framework.

At the same time, IMI recorded five cases of freedom of speech violation for which the Ukrainian side is responsible. These include obstruction, restricting journalists' access to public information, and cyber crimes.

These are the monitoring data by the Institute of Mass Information. 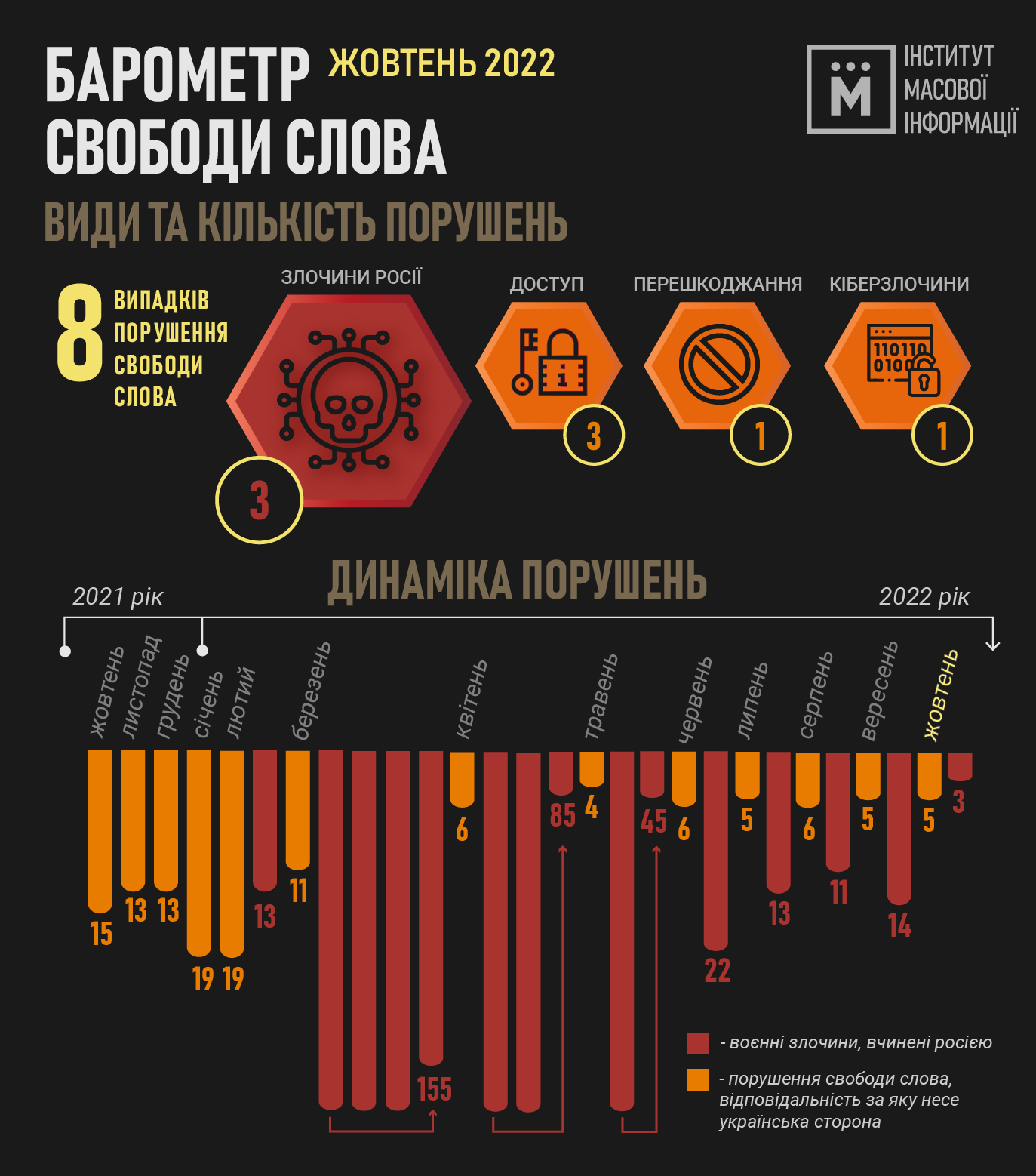 In early October, Russian troops destroyed a 150-meter TV tower in Komyshuvakha (Luhansk oblast), which had been providing for the needs of more than 200,000 residents of Luhansk and Donetsk oblasts. The TV tower had been spreading Ukrainian content for a 50 km radius, namely to Popasna, Lysychansk, and Severodonetsk.

In temporarily occupied Starobilsk, militants of the "LPR" group have kidnapped Yulia Rybalka, who once was the press secretary of the Luhansk Energy Association LLC. She is being accused of of "leaking information for directing missile attacks to the Armed Forces of Ukraine." The occupiers threaten the woman with 20 years in prison.

Turkish law enforcers detained Crimean Tatar journalist Gulsum Halilova, who works for ATR, in an airport in Istanbul (Turkiye), fulfilling Russia's request made within Interpol's framework. She was later released and allowed to enter Turkiye. We remind you that on July 12, 2019, the Russian-controlled Kyiv District Court of Crimea in absentia chose custody as a measure of detention ATR TV channel journalist Gulsum Halilova, which would start the moment she is detained on Russian territory or in the event of Halilova's extradition to the Russian Federation. On August 1, the "Supreme Court" of Crimea upheld the decision of the first instance court.

The Russian FSB's Crimean Department opened a criminal case against the Crimean Tatar TV channel ATR's journalist Gulsum Halilova under Article 208 of the Criminal Code of Russia ("Participation in an armed formation on the territory of a foreign state").

In October, IMI recorded five cases of freedom of speech violation for which the Ukrainian side is responsible. These cases had to do with obstruction, access restriction, and cyber crimes. Such cases were recorded in Kyiv, Poltava, and Cherkasy.

In early October, Ukrainska Pravda journalist Mykhailo Tkach reported SMS-bombing and mass phone calls after the publication of his story "Wartime Fast and Furious. How the capital's residents are being terrorized by street races" on September 28.

Later, he reported obstruction, because on October 10, six men came to the home of his filming crew's driver, asking if he worked with Mykhailo Tkach and where is the office where Mykhailo Tkach works and where "Ukrainska Pravda" is based. On October 13, Tkach reported having been hit by a car. He added that he is "not inclined" to associate this case with his professional work, but pointed out certain details. "Was hit by a car today at a pedestrian crossing. Nothing serious. Bruises. I am not inclined to associate this case with my professional work, but it is also difficult to understand the VAZ driver who sped up in front of a pedestrian crossing and in front of me. Therefore, just in case, I'm recording it here," the journalist wrote back then.

Cases of restricting access to public information occurred in Poltava and Cherkasy. Poltava City Council failed to respond to an information request by local journalist Nadia Trush (regarding the sum from the budget of the Poltava community allocated for covering the work of local self-government bodies) on time, and did not provide the requested information. In another case, the Education Department of the Poltava City Council responded to "Fundament" journalist Nadia Trush about the purchase of stationery sets for first graders belatedly and only after she contacted the Verkhovna Rada Commissioner for Human Rights.

In Cherkasy, "18000" journalist Artur Chemyris was removed from a court session, allegedly due to "investigation secrecy", despite the fact that none of the parties had announced that the session would be held behind closed doors.