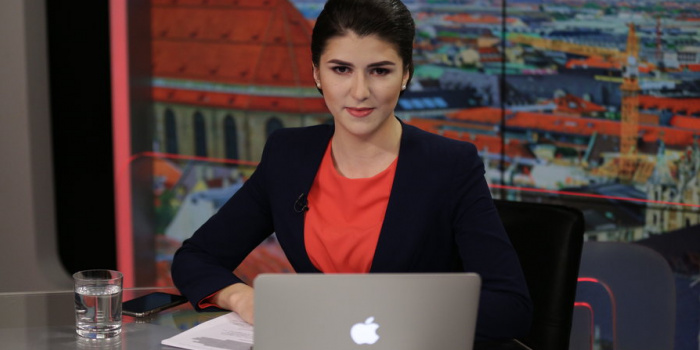 Turkish law enforcers detained Crimean Tatar journalist Gulsum Halilova, who works for ATR, in an airport in Istanbul (Turkiye), fulfilling Russia's request made within Interpol's framework. She has already been released and allowed to enter Turkiye.

People's Deputy of Ukraine Refat Chubarov reported this on his Facebook page.

According to him, the journalist was detained on October 27 at night upon her arrival from Croatia.

"As various sources made clear, the detention was carried out following Russia's request made within the framework of Interpol. As of now, Gulsum Halilova has been released, she was allowed to enter the territory of Turkiye. It is certain that this incident will gain a special traction. Still, I urge those who are discussing this topic to be professional: Interpol requires its member states to follow the procedures. Detention is not the same as arrest and has even less in common with extradition. But in any case, it is humiliating for those who are detained illegally. In this case, based on Russia's false claims," wrote Chubarov.

He added that in the past seven years, he has found himself in circumstances similar to that of Gulsum Halilova twice: he has been detained based on Russia's falsified requests.

Chubarov called to demand that Interpol's member states "immediately deprive Russia of membership in this organization."

In her comment to "Ukrainska Pravda", Halilova said that she had been detained for 17 hours at Russia's request and allegedly due to an entry ban. Now the issue of the ban on her entry to Turkiye is being resolved.

As IMI reported, on July 12, 2019, the Russian-controlled Kyiv District Court of Crimea in absentia chose custody as a measure of detention ATR TV channel journalist Gulsum Halilova, which would start the moment she is detained on Russian territory or in the event of Halilova's extradition to the Russian Federation. On August 1, the "Supreme Court" of Crimea upheld the decision of the first instance court.

The Russian FSB's Crimean Department opened a criminal case against the Crimean Tatar TV channel ATR's journalist Gulsum Halilova under Article 208 of the Criminal Code of Russia ("Participation in an armed formation on the territory of a foreign state").

The Prosecutor's Office of the ARC has opened proceedings following the criminal case against Gulsum Halilova, TV host working for Crimean Tatar channel ATR, and her arrest in absentia.