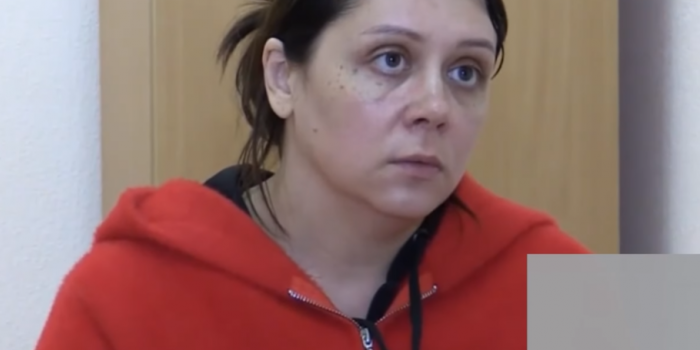 Photo: screenshot from the video

In temporarily occupied Starobilsk, militants of the "LPR" group have kidnapped Yulia Rybalka, who once was the press secretary of the Luhansk Energy Association LLC.

The militants accuse the woman of "leaking information for directing missile attacks to the Armed Forces of Ukraine."

This is reported by Russian propaganda resources, which published a video of Yulia answering the invaders' questions during an interrogation.

According to pro-Russian propaganda media, the woman is being accused of "gathering information for the Ukrainian special services," namely "for the purpose of aiming the fire to hit civilian objects" in the "LPR." The occupiers threaten the woman with 20 years in prison.