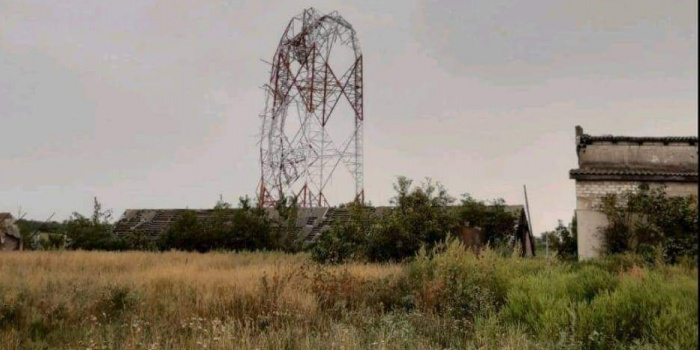 Russian troops destroyed a 150-meter TV tower in Komyshuvakha (Luhansk oblast), which had been providing for the needs of more than 200,000 residents of Luhansk and Donetsk oblasts.

This was reported by the head of the Luhansk RMA, Serhiy Haidai.

The TV tower, which was built over a year ago and paid for by the European Union, had been spreading Ukrainian content for a 50 km radius, namely to Popasna, Lysychansk, and Severodonetsk.

"By the way, it had a 4 x 6 m blue-yellow flag flying at its highest point. It was probably bothering the occupiers as they razed everything to the ground on the Popasna axis," Haidai added.

As IMI reported, on September 22, Russian invaders fired nine missiles at the infrastructure of Zaporizhzhia. One of them fell near the TV tower in the city's center. It was not the TV tower itself that suffered, but the area around it. Namely, the TV center where the editorial office of Suspilne Zaporizhzhia is based was damaged.