Danilov on the shutdown of "Espreso," Priamyy, and Channel 5: "Let them join the telethon again" 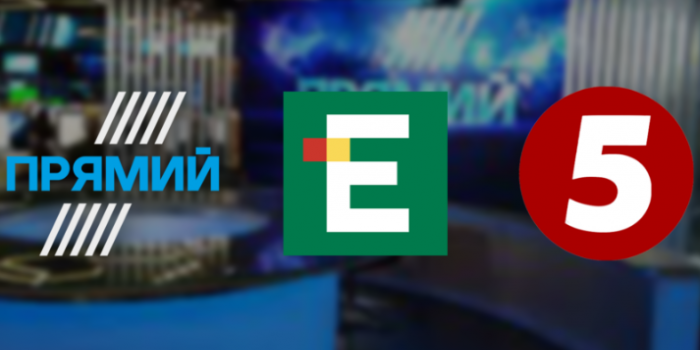 Secretary of the National Security and Defense Council of Ukraine Oleksiy Danilov stated that there was no decision to close the channels and suggested that they return to the telethon.

He stated this on air of joint telethon, "Еspreso" reports.

"If there are some shortcomings – say so, but it does not mean that you have to twitch every five minutes that it's all over, a disaster," said the Secretary of the National Security and Defense Council.

As ІМІ has reported, on April 4, Channel 5, "Priamyy," and "Espreso" announced that on April 4 in the morning the Broadcasting, Radiocommunications, and Television Concern (BRTC) had shut down the broadcasting of these TV channels in T2 digital network. The channels declared that the shut down was illegal, as there is no document that would give the BRT Concern justifications for it, and that neither the National Council nor the Ministry of Defence, which is mandated to regulate the martial law, nor the NSDC or any other govenment bodies have approved any decisions about shutting the channels down.

On April 14, the staff of "Espreso," "Priamyy," and Channel 5 urged the President of Ukraine Volodymyr Zelenskyy to bring the channels back on air.

The Head of Verkhovna Rada's Committee on Humanitarian and Information Policy Mykyta Poturayev believes that the shutdown of some broadcasters occurred due to the insufficient organizational work on the national telethon.