"Espreso," "Priamyy," and Channel 5 appeal to EU over being shut down 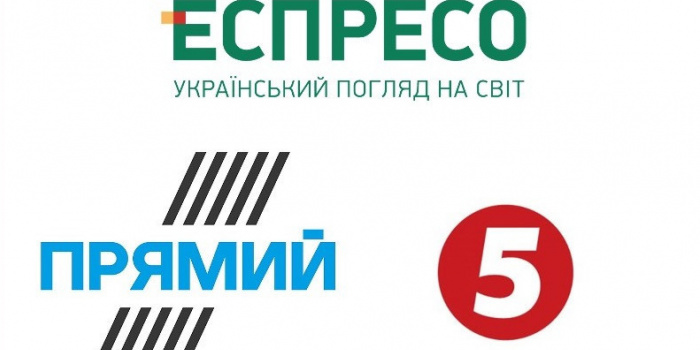 The staff of TV channels "Espreso," "Priamyy," and Channel 5 issued an open letter to the Head of the Delegation of the European Union to Ukraine Matti Maasikas about being banned from digital broadcasting.

In this letter, the channels state that on April 4, the Broadcasting, Radiocommunications, and Television Concern shut them down "illegally and arbitrarily."

"Shutting down the broadcasting of our channels is illegal, as there is no valid document that would give the BRT Concern legal justification for driving us off the air. Neither there has been any decision made by the National Council on Television and Radio Broadcasting of Ukraine – the only institution that has the right to approve decisions regarding the broadcasting of television channels. Such arbitrary actions of the BRT Concern can only be viewed as sabotage to the enemy's benefit – as colluding with Russia, as they spread doubt about Ukraine upholding the principles of free speech and media independence that are at the core of the Association Agreement Between Ukraine and the EU," the letter states.

The channels also believe that the continuation of such a situation "is not likely to create a conductive background for the Eurocommission's favourable assessment of Ukraine's conformity with the criteria for EU membership in regards to freedom of speech, as well as for Ukraine being granted candidate status quickly, which we, the journalists, fully and unconditionally support."

"Taking the aforementioned information into account, we appeal to you and, through you, to the European community with a request to facilitate the restoration of the violated rights of our channels and our journalists, as well as further addressing of problematic issues related to securing the freedom of speech and the media in Ukraine," the letter reads.

As IMI has reported, on April 14 the staff of TV channels "Espreso," "Priamyy," and Channel 5 have urged the President of Ukraine Volodymyr Zelenskyy and the mandated government institutions to bring the channels back on air.