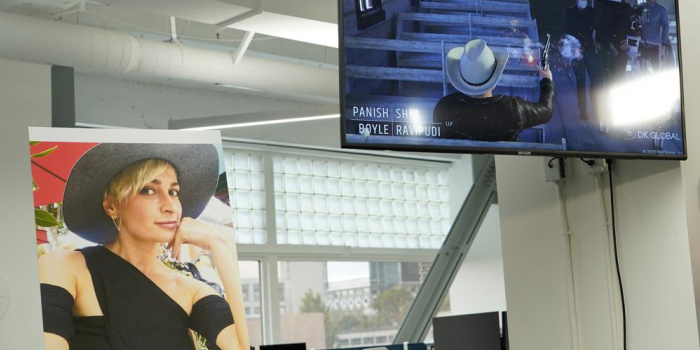 American actor Alec Baldwin has reached a settlement with the family of Ukrainian cinematographer Halyna Hutchins after she had been shot dead on set from a prop weapon, the BBC reports.

Filming of Rust will continue in January, with Ms Hutchins' widower Matthew on board as the movie's executive producer.

All parties believe Ms Hutchins' death was an accident, her husband said.

A lawsuit filed against Mr Baldwin, producers and others, had alleged violations of industry standards.

The exact terms of the settlement, which is subject to court approval, have not been disclosed.

In a statement, Hutchins said that "all the original principal players" would be involved when filming resumes, which he said would be a way to "pay tribute" to his late wife's final work.

"I have no interest in engaging in recriminations or attribution of blame," he added. "All of us believe Halyna's death was a terrible accident."

Alec Baldwin posted his reaction in a statement on Instagram: "We are pleased to announce today the settlement of the civil case filed on behalf of the family of cinematographer Halyna Hutchins. Throughout this difficult process, everyone has maintained the specific desire to do what is best for Halyna's son. We are grateful to everyone who contributed to the resolution of this tragic and painful situation."

The director of the film, Joel Souza, who was also injured during the shooting on the set, said that he will now dedicate himself to "honoring Galina's legacy so that she can be proud."

"Although it is, of course, bittersweet, I am pleased that together we will finish what Galina and I started," he said.

Rust director Joel Souza, who was also injured in the shooting on the Bonanza Creek Ranch set near Santa Fe in New Mexico, said in a statement on Wednesday that he would now devote himself "to honouring Halyna's legacy and making her proud."

"Though certainly bittersweet, I am pleased that together, we will now complete what Halyna and I started," he said.

As IMI reported, American actor Alec Baldwin, suspected of firing the round that killed cinematographer Halyna Hutchins on the set of "Rust," may soon face criminal charges. He is one of the four people mentioned in the final investigative report on the shooting.

On October 21, 2021, American actor Alec Baldwin accidentally shot Ukrainian cameraman Halyna Hutchins and wounded director Joel Souza on the set of the western Rust. The incident occurred during the filming of a scene in which Baldwin was firing blank rounds. The weapon was used on the set as a prop. Director Joel Souza was also injured.