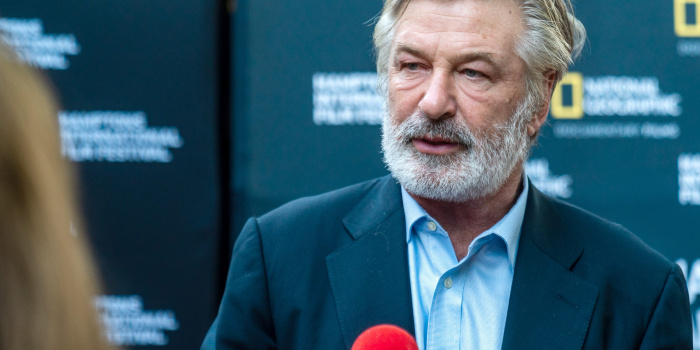 American actor Alec Baldwin, suspected of firing the round that killed cinematographer Halyna Hutchins on the set of "Rust," may soon face criminal charges. He is one of the four people mentioned in the final investigative report on the shooting, The New York Post reports.

According to the media, Santa Fe District Attorney Mary Carmack-Altwies filed an emergency request for $635,500 from New Mexico’s Board of Finance so her office would have the funds necessary to prosecute up to four people in connection with the incident.

She didn’t disclose who those four people are but noted in the request “one of the possible defendants is well known movie actor Alec Baldwin” and the prosecution could require up to four separate jury trials, the document states.

After receiving the bulk of the evidence, Santa Fe prosecutors determined “defendants from ‘RUST’ would need to be prosecuted immediately,” leading the office to move forward with the grant application, Carmack-Altwies wrote in the request.

“I am ready to start the decision of what individuals will be criminally charged in this case,” she wrote.

The state finance board ultimately awarded the office $317,000 — about half of what it had sought, documents show.

Baldwin has repeatedly denied firing the gun, which had been in his hands during a rehearsal last October, and said it went off accidentally. But a recent FBI forensic report concluded the firearm couldn’t have gone off unless someone pulled the trigger.

The actor’s attorney, Luke Nikas, released a statement saying it’s still unclear who could be charged, if anyone.

“The DA has made clear that she has not received the sheriff’s report or made any decisions about who, if anyone, might be charged in this case,” Nikas said.

As reported by IMI, on October 21, 2021, American actor Alec Baldwin accidentally shot Ukrainian cameraman Halyna Hutchins and wounded director Joel Souza on the set of the western Rust. The incident occurred during the filming of a scene in which Baldwin was firing blank rounds. The weapon was used on the set as a prop. Director Joel Souza was also injured.