In 2020, IMI recorded 229 cases of violations of freedom of speech in Ukraine

This year, 229 cases of violations of freedom of speech were recorded by IMI experts in Ukraine (as of December 28 ). Of these, 171 cases involved physical aggression against journalists.

These are the annual results of the monitoring study of the Institute of Mass Information “Freedom of Speech Barometer”.

In 2020, the main categories of violations of freedom of speech were:

The main trends of the year:

In 2020, the number of obstacles to the legal professional activity of journalists increased by as much as 26%, compared to 2019. The main reasons for this growth were unlawful lockdown restrictions and local elections.

Physical aggression has once again become the most common violation of freedom of speech. It accounted for 74% of all violations of freedom of speech in Ukraine. Journalists had their equipment broken, they were pushed out, attacked during live broadcasts, they suffered from severe bodily injuries, they were threatened, their property was damaged, and their cars were arsoned.

According to IMI, 62 violations of freedom of speech this year were related to lockdown imposed due to the coronavirus pandemic. This is almost a third (27%) of the total number of violations of freedom of speech in Ukraine. These cases mainly involved the denial of access for the journalists at local government sessions, as well as attacks on journalists in markets, hairdressers and shops during the lockdown inspections.

The experts have noticed a tendency to selectively invite mass media during President Volodymyr Zelensky's working trips to the regions. Representatives of IMI recorded such complaints from journalists in Kherson, Dnipro, Kryvyi Rih, Khmelnytsky, Volyn and Zaporizhzhya. The strike of Kherson journalists, who could not get accreditation to meeting with Zelensky, was full-throated: several online publications published blank pages with no text.

Closed nature of government bodies has become one of the main trends of the year. Journalists were not allowed at the sessions of regional, city, district and settlement councils. The largest violating regions were Dnipropetrovsk, Zaporizhzhya, Kherson, Poltava and Zakarpattya . This year, local authorities have been denying access for journalists under the pretext of lockdown. At the same time, the local authorities did not provide any other access to information from the session for mass media, in particular, they did not organize any online broadcasts.

Another trend of the year was the restriction of access to public information. Journalists were refused to respond to or provide the requested information, and were billed for receiving the requested information. This was done by local governments, law enforcement agencies, central authorities, including the Presidential Office. In particular, the Vynohradiv City Council in Zakarpattia issued invoices for UAH 259.25 (around $9) and UAH 86.26. (around $3) for replying to the requests for information from a journalist with the online publication "Holos karpat". The Mykolaiv SBU refused to provide journalists with information on repair of the sidewalk near the department building.

Local election was held in Ukraine on October 25. Based on the results of the monitoring on the day of the election, IMI experts concluded that the elections were held in a democratic manner and with respect of the rights of journalists, and only some minor violations were recorded by members of election commissions.

According to the monitoring results, the right of journalists to the profession was most often violated by private individuals (102), local authorities (55), law enforcement officers (24), the judiciary (17), the Office of the President (7) and others.

This year, the journalistic community responded issuing its statements on: the draft laws “On Disinformation” and “On Media”; cases of the murder of Pavel Sheremet and Georgy Gongadze; searches in the offices of the projects "Sekretni Materialy" (Secret files), "Hroshi" (Money) and inside homes of journalists for 1 + 1; denial of access for war correspondents to the front line in Donbass; TV lessons on Medvedchuk's pro-Russian TV channels; restricting the access of Kremenchuk journalists at the City Council session; safety of journalists and the reputation of the StopFake project; regarding the judges' attempts to "illegally" obtain access to the telephone of the journalist with "Slidstvo.info” (Investigations. Info); on the inadmissibility of pressure on journalist Lyubov Velychko; demanding to ensure full funding of the Public broadcaster; regarding the illegal deprivation of accreditation in the Verkhovna Rada of 19 media outlets and others.

The Institute of Mass Information conducts monthly all-Ukrainian monitoring of freedom of speech by the following categories: physical aggression, censorship and access to information, economic and political pressure, legal pressure and cybercrime against the media and journalists. Only cases related to freedom of speech and professional journalism are included in the monthly report. You can read more about the methodology here. 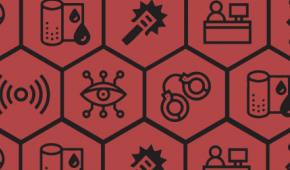 Freedom of Speech Barometer for January 2023 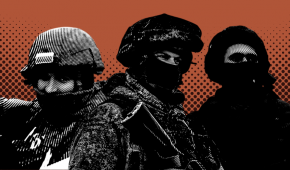 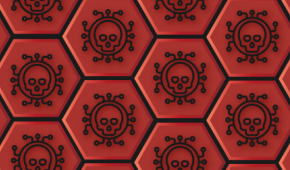 567 freedom of speech violations recorded by IMI in 2022. Over 80% committed by Russia
Blogs
Collaborators' meaning juggling: how the minds of Ukrainians in the occupied parts of Zaporizhzhia oblast are being poisoned
"With Russia forever:" how "L/DPR" groups are preparing the region for "joining" RF
"I want this film to be presented at international trials:" the story of Lithuanian filmmaker's documentary, told by a Mariupol journalist
Western experts in the russian fog
Do you want to be first to learn about the new research of the Institute of Mass Information? Subscribe to the newsletter!