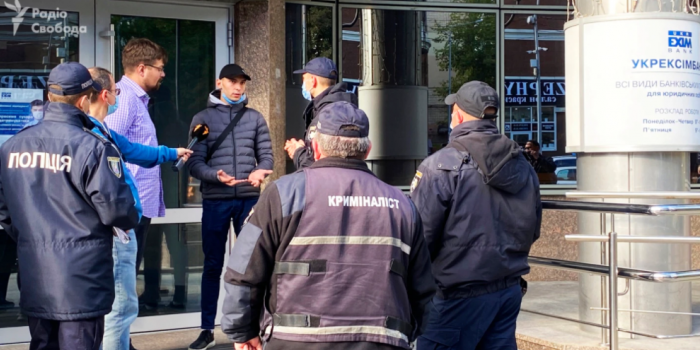 Today, October 6, at 2 p.m. in Kyiv, an action "Cleanse to Zero" will take place in support of journalists of "Skhemy" Kyrylo Ovsyany and Oleksander Mazur, who were attacked in Ukreximbank, as this was reported on the Facebook page of the action.

The action will take place near the office of Ukreximbank at the address: st. Volodymyr Antonovych, 127.

The main demand during the action is the resignation of the bank's management for obstructing journalistic activity.

As IMI reported, on October 4 in Kyiv, employees of the state-owned Ukreximbank used brute force against  the film crew of "Skhemy" while recording an interview with the chairman of the financial institution Eugene Metzher right in his office.

On October 5, the Supervisory Board of Ukreximbank announced that it had begun investigating the circumstances of the conflict with Schemy journalists.