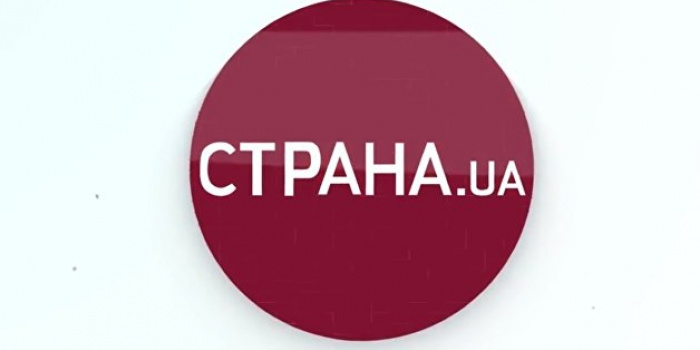 The journalists of the sanctioned publication "Strana.ua" who visited Kherson oh behalf of "360 Novyny" after it had been freed from Russian occupation have been stripped of their accreditation.

The head of the UAF Public Relations Department, Colonel Bohdan Senyk, informed "Detector Media" about this.

The accreditation has been revoked for: Svitlana Kryukova, Anastasia Tovt, Vladyslav Bovtruk, and Andriy Zubovych.

"Due to the sanctions imposed against three legal entities belonging to the "Strana" information resource: LLC "Lasmak", LLC "Mageri", LLC "Smart Media Network" (decision of the National Security and Defense Council of Ukraine, dated August 20, 2021 "On applying personal special economic and other restrictive measures (sanctions)"), the following journalists of the "360 Novyny" news agency, who continued to work for the "Strana" portal, have been stripped of accreditation: Bovtruk Vladyslav Petrovych; Zubovych Andriy Volodymyrovych; Kryukova Svitlana Valentynivna; Tovt Anastasia Volodymyrivna," he said.

Senyk specified that the decision to revoke the accreditation had been made today, on December 1, after an according request from the Ministry of Culture and Information Policy arrived.

The publication reminds that on November 14, the first press tour to the liberated Kherson was held. President of Ukraine Volodymyr Zelensky arrived in Kherson on the same day. The next day, November 15, "Strana.ua" published an anonymous photo report from the liberated city. The photos had the "Strana.ua" watermark.

On the "Strana.ua" website, Vladyslav Bovtruk is listed as the publication's special correspondent. On November 16, an article signed by his name was posted on the website, which is not blocked in Ukraine. "Detector Media" asked Vladyslav Bovtruk and "Strana.ua" deputy editor-in-chief Svitlana Kryukova for a comment, received no response.

As IMI reported, "Strana.ua" is known for its anti-Ukrainian propaganda and has been sanctioned by the National Security and Defense Council in 2021. In 2022, the sanctions were expanded: they were applied to the strana.ua domain and several mirror websites (strana.news, strana.one, strana.digital, strana.today), as well as to the media outlet's pages on Facebook, Vkontakte, and Odnoklassniki.

On November 16, President Volodymyr Zelensky asked the NSDC Secretary, Oleksiy Danilov, to look into the petition on ensuring a proper block of the pro-Russian media outlet Strana.ua and a complete cessation of cooperation between the media outlet and state bodies.