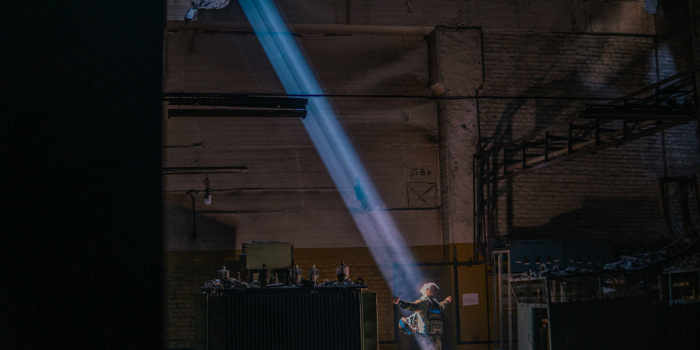 The Polytechnic University of Catalonia in Barcelona (Spain) canceled a photo exhibition displaying the works of Azov Battalion fighter, Azovstal defender Dmytro Kozatsky (call sign Orest) because of the photographer's alleged Nazi views. However, this information became public after Kozatsky himself posted a response on social media on November 15, Suspilne reports.

The exhibition at the university started on October 18. On November 13, the Ukrainian photographer's works were taken down, and the university said on Twitter: "We inform that the artwork has been removed and that the University wasn't aware of the ideology of the author. The UPC radically rejects Nazism and regrets the situation created."

The person to demand that the exhibition be canceled is pro-Russian blogger, treason suspect Anatoliy Shariy, who encouraged people to complain about the exhibition. In his opinion, Kozatsky's photos represent "Nazi views". Namely, his post included a photo of a Nazi symbol drawn with ketchup on a pizza.

Orest himself wrote on Twitter that a smear campaign against him was being conducted. He explained that he had taken the pictures in order to mock Russian propaganda's reports about Nazism in Ukraine: "These photos and posts were indeed published by me, but you need to know the context."

"In no way I would ever support and do not support the terrible actions of the Third Reich and Hitler. Especially when nowadays we are fighting the direct successor of Nazism in the world – the Russian Federation. Do not follow Russian propaganda and do not seek for Nazism where it doesn't exist!" wrote Kozatsky.

Dmytro Kozatsky (call sign Orest) is also known as Azovstal's Eyes. He is the author of most of the photos taken at the plant as it was fighting back against Russian attacks; his works have been published in many media around the world.

The SSU suspects Anatoliy Shariy of committing crimes under two articles of the Criminal Code of Ukraine: Art. 111 (“Treason”) and Art. 161 (“Violation of equality of citizens based on their race, nationality, religious beliefs, disability and other grounds”). He is hiding in Spain. On May 4, pro-russian blogger Anatoly Shariy, whom the SSU suspects of treason, was detained in Spain.

Shariy will eventually be extradited to Ukraine, and he will be prosecuted by a Ukrainian court. A court in Spain released Shariy on bail.