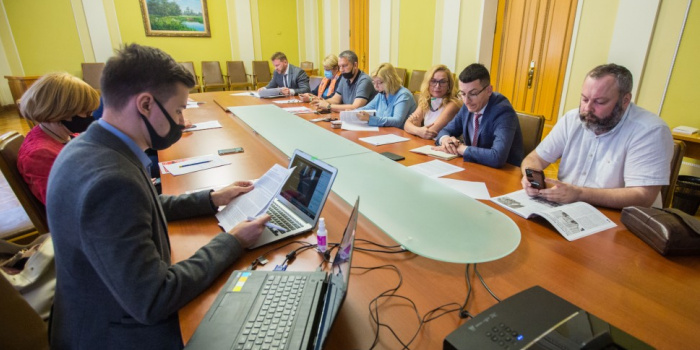 Since beginning of 2020, the police have registered 148 criminal proceedings related to the crimes against journalists, and 10 indictments were submitted to the court. The head of the communications department of the Ministry of Internal Affairs Artem Shevchenko said it on September 15 at a meeting of the Council on Freedom of Speech and Protection of Journalists under the President of Ukraine, as it is reported on the website of the head of state.

In particular, 111 criminal proceedings were registered under Art. 171 of the Criminal  Code ("Obstruction of lawful professional activity of journalists"), 37 - according to Art. 345-1 of the Criminal Code ("Threat or violence against a journalist").

The indictments were brought to court in 10 criminal proceedings in Dnipropetrovsk, Zaporizhzhya, Kyiv, Lviv, Odesa, Kharkiv and Kherson regions, and another three in Kyiv.

61 proceedings have been closed, as Artem SHvechenko told.

Artem Shevchenko also provided information to the council members on the progress of investigations into the crimes targeting the journalists, namely the murder of Cherkasy journalist Vadym Komarov (the investigation is ongoing); attacks on journalists of Avers TV channel Natalia Polishchuk, Marichka Petruchyk, Vyacheslav Moroshko (Volyn region); Serhiy Nuzhnenko, photojournalist for Radio Liberty, who was injured by police during a rally outside the Verkhovna Rada; beating of cameraman Vadym Makaryuk (Kharkiv); threats and installation of eavesdropping devices in the house of Mykhailo Tkach and arson of the car program of journalistic investigations "Skhemy"; threats to Kateryna Serhatskova (online publication “Zaborona”); threats and surveillance of journalist Lyubov Velychko for Texty.org.ua (Kyiv) and others. In the vast majority of criminal proceedings, the investigation is ongoing.

The members of the council called for the expediency of creating a media portal, which would contain all the information on progress of investigation of the facts of obstruction of journalistic activity, crimes against journalists, etc.

The head of the National Union of Journalists of Ukraine, Serhiy Tomilenko, suggested that the superiors of the Ministry of Internal Affairs and the National Police provide a thorough analysis by high-level investigators in at least the 10 most high-profile attacks on journalists.

The Council members noted that cases of obstruction of journalistic activity are being investigated slowly and ineffectively, with only a small number reaching the court. The Council decided to send recommendations to law enforcement agencies to conduct an audit of all cases related to obstruction of journalistic activity, and in case of low qualification of field investigators, to help more qualified investigators to investigate them. They also noted the need for police representatives in the regions to communicate more with journalists (hold press conferences, briefings, etc.).