By night someone intruded into sealed attic above Tkach's apartment 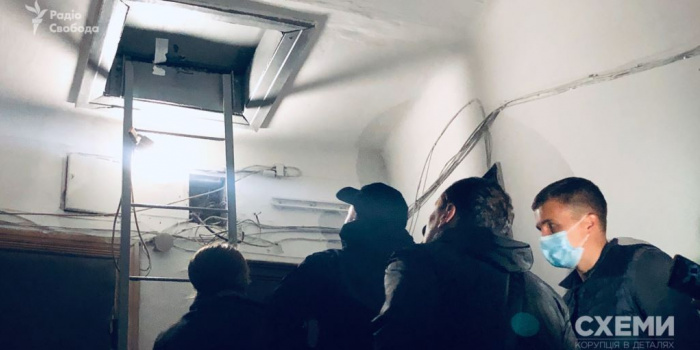 In the night-time of September 12, Mykhailo Tkach, a journalist with “Skhemy” (“Schemes: Corruption in Details” ) investigation program, said he heard a noise in the attic above his apartment at about 3 a.m., sealed as part of a criminal case into alleged wiretapping of his apartment. He wrote about this on a Facebook page, as Radio Liberty reported.

Police, who arrived on the scene, said that the seals at the door to the attic were broken, according to journalists of Skhemy.

“About 2 a.m. I returned from work. As I was in the kitchen by the window, I heard a noise in the attic above my head. He went out into the yard to see the exits from the four entrance lobbies leading to the attic, ” he wrote.

As Mykhaylo Tkach called the police, an operative-investigative group arrived at the scene and, during an inspection of the attic, the exits to which had been sealed as part of the criminal proceedings, found that seals had been broken in one of the entrances.

Police inspected the attic. After that, they again sealed the exit where the previous seals were broken with a packing tape.

Lawyer Anatoliy Popov and part of the editorial board of the "Skhemy" program came to the scene.

“The fact of seals breaking is beyond any doubt. Mykhailo called the police because he heard a noise that was not typical of night time. Apparently, someone broke into the attic. Apparently, the unknown person quickly left the attic, because during the further inspection of the place with the police we did not see anyone there. We connect all this with the events that formed the basis of the criminal proceedings on breaking into Mykhailo's apartment and use of covert means of collecting information, ” the journalist's lawyer Anatoliy Popov said.

As IMI reported, on August 8, Mykhailo Tkach, journalist with Skhemy, said he noticed signs of a listening device at home.

On August 31, Mykhailo Tkach's defense filed a petition with the prosecutor's office requesting that criminal proceedings on allegedly wiretapping be referred to the Security Service of Ukraine.