IN FEBRUARY, IMI RECORDED 18 CASES OF VIOLATIONS OF FREEDOM OF SPEECH IN UKRAINE 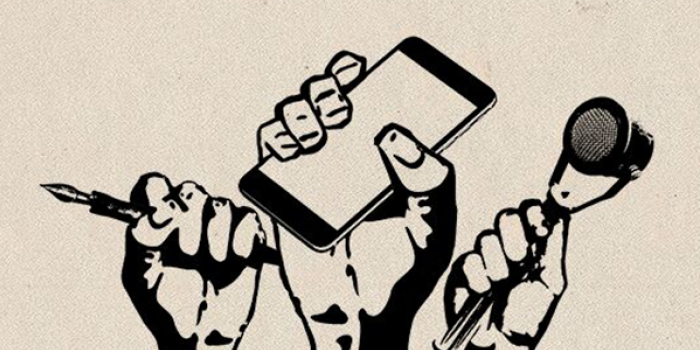 In February, IMI experts recorded 18 cases of violations of freedom of speech in Ukraine (19 cases have been revealed in January). Of these, 13 involved physical aggression against the journalists.

These are the figures of monthly monitoring held by the Institute of Mass Information (Freedom of Speech Barometer).

The most of violations were recorded in the category "obstruction to professional journalistic activity": eight ones.

In February, IMI experts observed an increase in attacks on journalists (four cases) compared to January (one case). In particular, an incident at the town of Novi Sanzhary (Poltava region) evidenced the attitude the law enforcement officers had towards the press: a security officer grabbeb from behind the regional correspondent with the NTN TV channel Volodymyr Nepyypyva, who was covering the protest rally of local residents of the town who came out to against the arrival of evacuees from China. 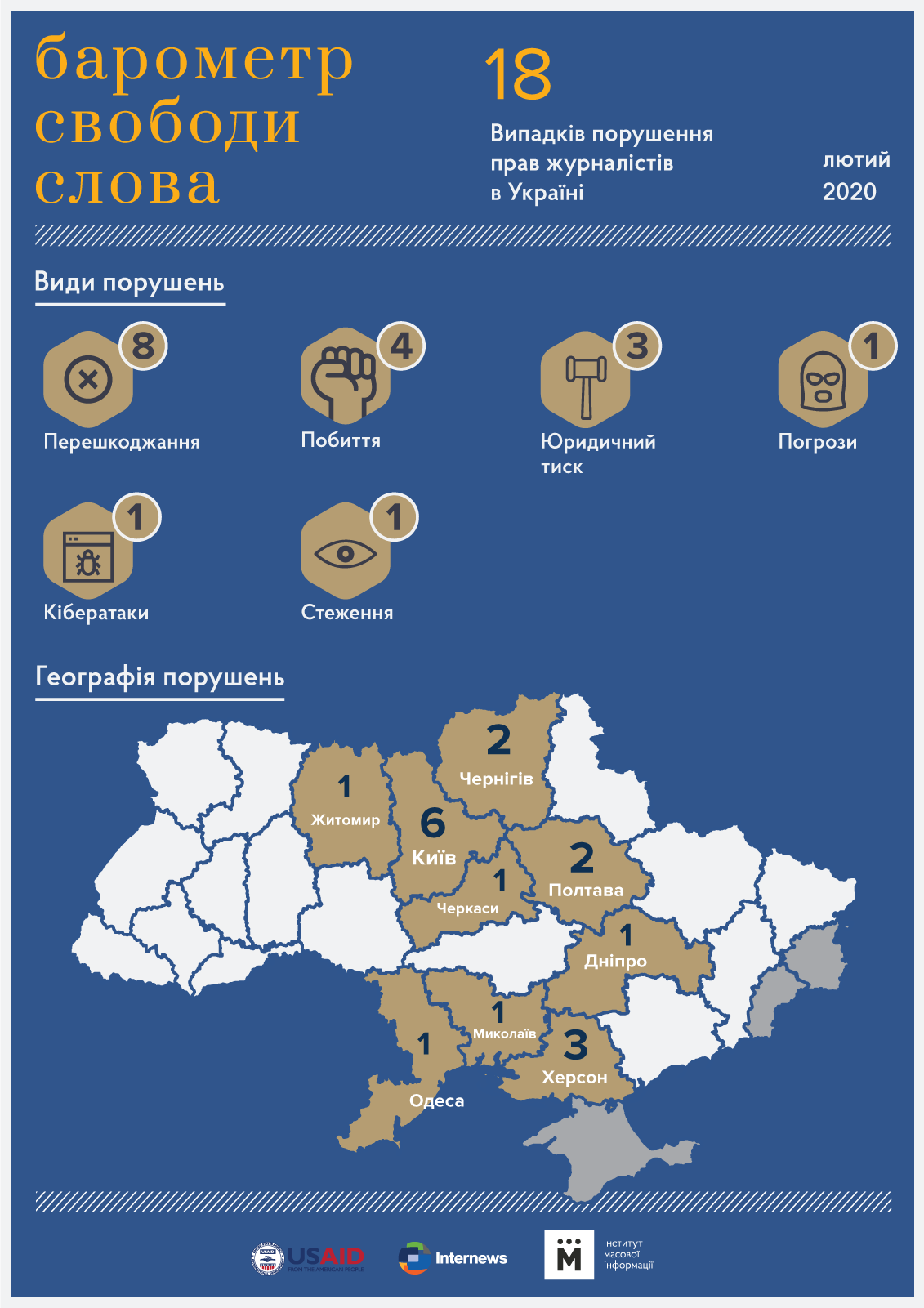 The journalist with Radio Svoboda Vlasta Lazur claimed about fact of obstruction  and selectivity in invitations to press meeting with the head of state. According to Vlasta Lazur her edition was not invited to the meeting in Ukravtodor agency attended by the head of state, while other media received such invitations. Lazur tried to get into the event without an invitation, but she failed.

Local authorities, as it happened in Poltava and Mykolayiv, also show their reserved demenlour towards the journalists. Thus, In Poltava, journalists of the IRT-Poltava TV channel and the Poltavsky Vestnik newspaper were not admitted to the meeting of the coordination board heads of deputy factions, which was held in the city council on February 18. Several journalists in Mykolaiv contacted the police, complaining over denial of access to a press conference with the head of the regional state administration Oleksander Stadnik.

IMI also recorded violations in other categories, such as legal pressure (three cases) and one case of threats, cybercrime and surveillance.

The investigative reporter with Slidstvo.info Dmytro Replyanchuk and producer Yevgeny Motorevskaya claimed they have been surveyed, as they worked on “King of smuggling”, documentary film about Ukrainian businessman Vadym Alperin.

Bihus.Info also claimed that the police instituted criminal proceedings and questioned its journalists just because they were investigating into the issues regarding the property of the National Police.

In addition, in February, SBU conducted search in the premises of the program "Secret Materials" (1 + 1 TV Channel) and at the places of residence of three its journalists. The SBU the Head of the Security Service Ivan Bakanov said that search at premises of “1 + 1” TV channel were due to investigation in the case of illegal wiretapping of the Prime Minister Oleksiy Honcharuk.

Media NGOs called on the SBU to refrain from excessive interference in mass media activities and “1 + 1” broadcaster to cooperate with law enforcement.

The violations were documented in nine regions of Ukraine. The most of them happened in Kyiv and Kyiv region: six cases, followed by Kherson region with three cases and Poltava region and Chernihiv region (two cases for each region), in other regions: one case for each.

Thus, since the beginning of the year, IMI has recorded a total of 37 cases of violations of freedom of speech: obstruction - 14 cases, beatings - five, threats and cyber attacks - four cases and two cases of restriction of access.

More details on condition of freedom of speech are available on the IMI website under the heading "Freedom of Speech Barometer”.