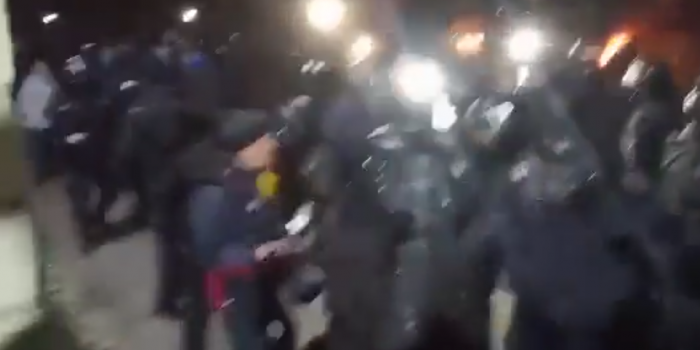 On February 20, in the town of Novi Sanzhary (Poltava region), a security officer attacked a regional correspondent with the NTN TV channel Volodymyr Nepyypyva, who was covering the protest rally of local residents of the town who came out to against the arrival of evacuees from China. The incident was reported by a contributor to IMI in Poltava region.

It occured during clashes between security forces and protesters. The video of an altercation was posted by the news-portal "Poltavsky Likhtar’ (Poltava’s Lantern) on its Facebook page.

From the video one could see Volodymyr Nepyypyvo was shooting clashes with his camera. At some moment, a security officer grabbed him from behind, the journalist took a blow and fell to the ground.

Speaking to IMI, the journalist rejected to comment on the incident.

A spokesman for the State Police in the Poltava region, Yuriy Sulayev, told the representative of IMI that the journalist did not file complaint to the police.