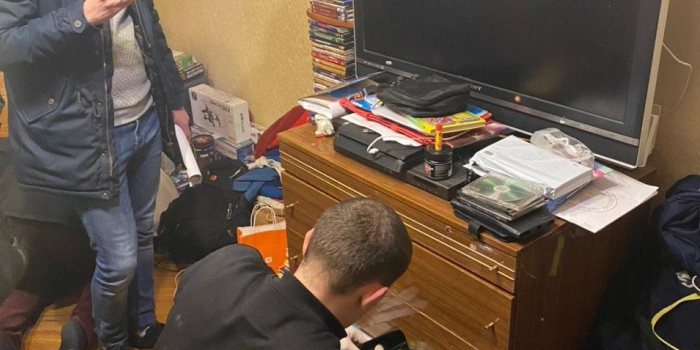 The law enforcement officers searched the apartments of journalists who work with the program " Secretni Materialy” (Secret Materials) at "1 + 1" TV channel on February 5. The head of the department of journalistic projects Maksym Shylenko told it, as TSN reported.

As he said, SBU searched apartments of three journalists: Denys Danko, Yevheniy Kuksin and Oleksander Nizovtsev, whose working offices were searched based on SBU order.

“Two of these journalists work indeed with the investigative journalism department. The third one quitted the “1 + 1” for a long time,” Shнlenko said.

In particular, Danko’s wife reported of search underway in their apartment. As the woman said up to dozen of persons came to the place.

The apartment of the journalist Yevgen Kuksin were also searched, as he told UNIAN. Kuksin added that the search warrant mentioned the criminal proceedings initiated due to reports from mass media about the wiretapping of Prime Minister Oleksiy Honcharuk.

Maksym Shylenko said that they were seqrching for special devices by means of which they would have wiretapped the PM. Two computers have been seized, this one of Danko and Kuksin. "They also tried to seize the editing devices, but the search warrant did not mention that," Shylenko said.