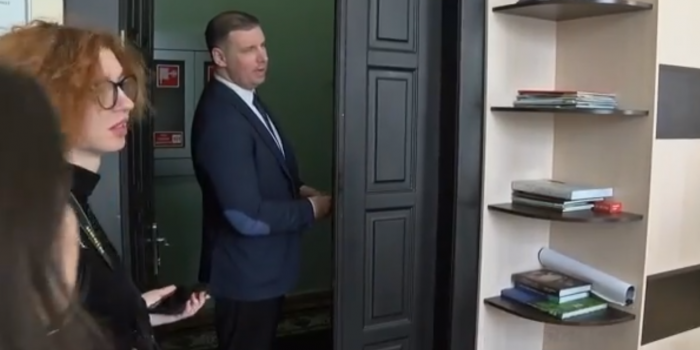 In Poltava, journalists of the IRT-Poltava TV channel and the Poltavsky Vestnik newspaper were not admitted to the meeting of the coordination board heads of deputy factions, which was held in the city council on February 18, as IRT-Poltava reported.

“Once more, the journalists were not admitted to the office of the city council secretary. Oleksandr Shamota (Secretary of the Poltava City Council, Acting Mayor. - Ed. ) himself declined to comment on the situation, ”the publication reads.

IMI lawyer Ali Safarov considered the incident as such that had signs of obstruction of journalistic activity.

“Such actions violate the requirements of the current legislation of Ukraine. According to the second part of the Article 25 of the Law of Ukraine “On Information”, the journalist has the right to freely get in the premises of the authorities, to attend public meetings they hold, and be personally accepted within a reasonable time by its civil servants and officials, except in cases specified by the law  Obstruction in exercising this right by the journalist meets the criteria of a criminal offense under the Article 171 of the Criminal Code of Ukraine, ” the lawyer said.

As IMI reported, on September 3, 2019, the executive committee of the Poltava City Council changed the contractor to cover the activities of social security department at the City Council: "Poltava Television" instead of the TV and Radio Company "IRT-Poltava".