Journalists with Slidstvo.info noticed being surveyed 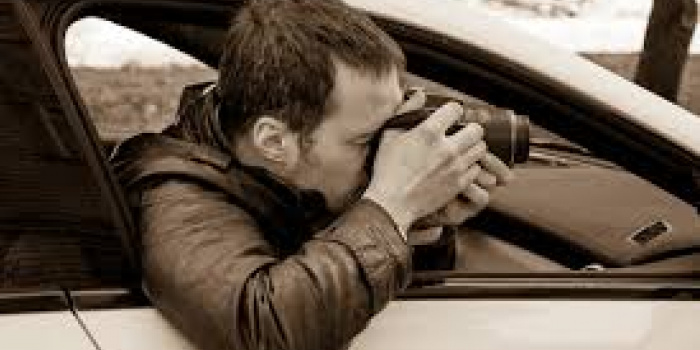 He investigative Reporter Dmytro Replyanchuk and producer Yevgeny Motorevskaya claimed they have been surveyed, as they worked on “King of smuggling”, documentary film about Ukrainian businessman Vadym Alperin , as Detektor Media reported.

Dmytro Replyanchuk said that they noticed surveillance only in Odessa, where they arrived to record comments with Vadym Alperin.

“We did not notice it outside Odessa (being surveyed. - Ed. ). But we have to keep in mind that we are not professional law enforcement officers, operatives, that is, we do not have the skills to notice professional surveillance. But in Odessa, when we drove up to his (Vadнm Alperin. - Ed .) office, to the eventual address where he might have been, we kept seeing all the same cars behind us, "- Replyanchuk said.

In particular, the journalists noticed that they were being watched by someones on the gray Chevrolet Aveo and on the golden VAZ-2109.

"We ‘ve been constantly noticing that some persons were following us. Some people tried to disguise themselves: only we started to look at them - they were closing their faces, tried to change the route. Some of them especially by the end took photos of us, without hiding themselves, took pictures of plate number of our car, tried to follow us, surveying us , ” the journalist added.

At the same time, Dmytro Replyanchuk said that there was no direct impediment to their work. "They did not approach us, did not speak to us, did not hint at what they were watching us. It was rather an observation aiming to report on all our actions, on all our steps," he said.

The journalist suggested that this would be done for a psychological pressure or as intelligence measure, so that "the ultimate customer could quickly know what and where [the journalists] were doing."

As the newspaper reminds, on February 26, the TV channel "UA: Pershyy" hosted the premiere of the investigative documentary film “King of smuggling" produced by the team "Slidstvo. Info" took place. The protagonist was an Ukrainian businessman, Vadym Alperin, who, according to investigators, has made the state work for himself, thanks to big money and connections. Fisrt time, he was talked about in 2008, when Somali pirates seized an entrepreneur-owned Faina ship with Ukrainian sailors on board. Afterwards, Alperin vanished from the information space.

At the end of 2019, Ukrainian law enforcement agencies carried out a large-scale special operation and exposed the customs schemes of the businessman. Investigators of Slidstvo.info have learned that detectives were currently investigating into activity of Vadym Alperin and, as they said, his accomplices from custom service.