Freedom of Speech Barometer for March 2020

In March, 25 cases of violations of free speech have been recorded in Ukraine (January - 19, February - 18). The overwhelming majority of them concerned physical aggression against journalists (19).

These are the monthly monitoring data from the Freedom of Speech Barometer held by the Institute of Mass Information.

In March, the IMI experts reported twice as many obstacles to professional activity the journalists had (17) than in February (eight).

In particular, we revealed the tendency for closure of local authorities: journalists were not admitted to the sessions of local and district councils. Such cases were recorded in Poltava, Dnipropetrovsk, Kherson. There was also a case (in Dnipro) when a journalist was not allowed to attend a press conference held by the head of the Regional State Administration, because of alleged failure to be accredited. In addition, journalists were forbidden to take pictures and were denied access to the meeting of a candidate for parliamentary election in Panyutyn town in Kharkiv region.

At the same time, IMI recorded nine cases of violations of journalists' rights during quarantine – inflicting physical harm and non-admission to sittings of the local authorities. 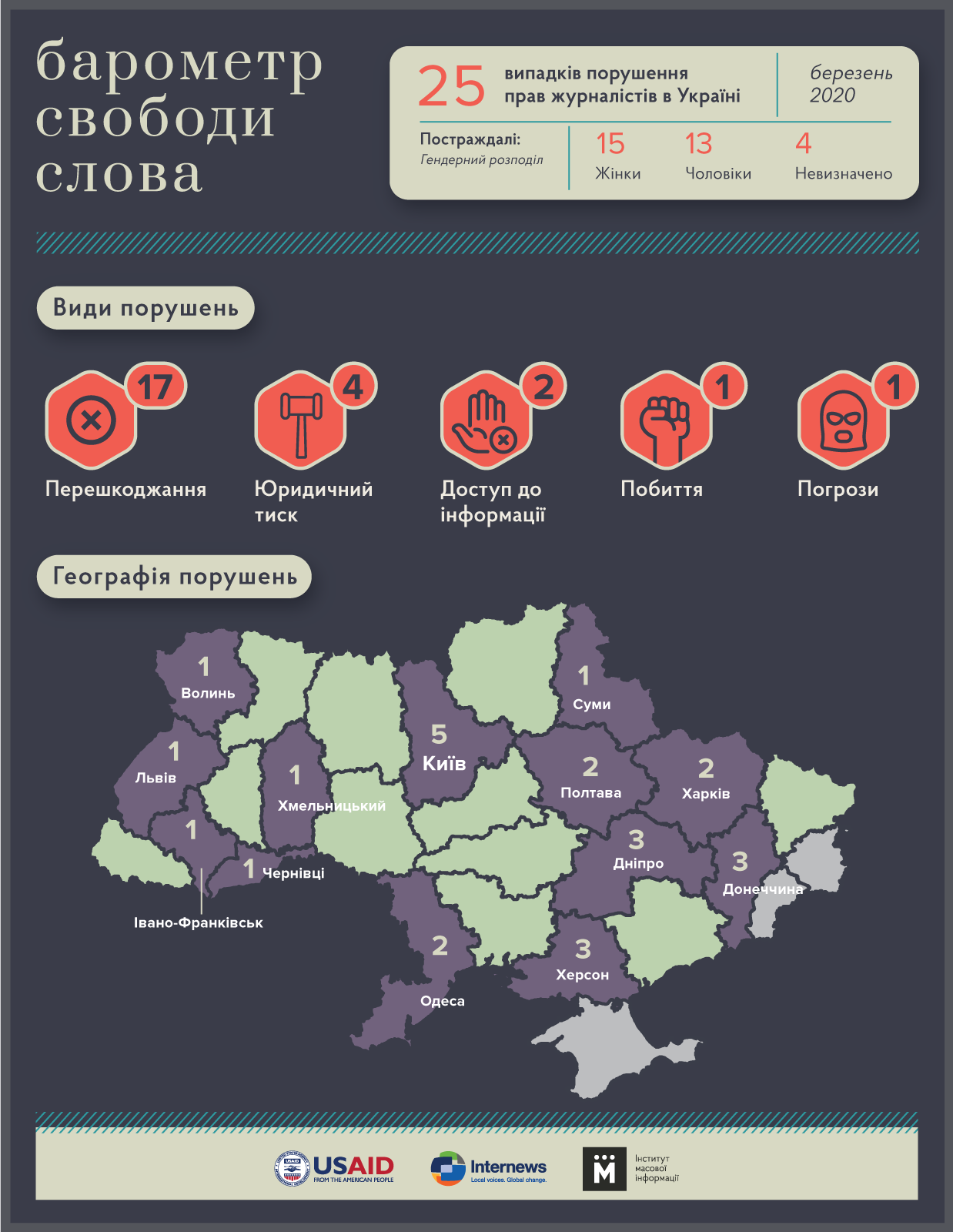 Thus, in Khmelnytskyi, a journalist with NewsOne who was filmed a story about sale of medical face masks in a commercial center, was attacked by a salesman, his arm was plastered.

The local authorities, making use of imposed restrictive quarantine measures, unlawfully prevented journalists from attending the meetings of the City Councils and District Councils:

In Kryvyi Rih (Dnipropetrovsk region), the local mass media could not attend the session of the municipal council in Kryvy Rih on 18 March. This measure was adopted in order to minimize the risks coronavirus propagation, as the officials explained. The video broadcasts were made thanks to the help of elected council members who took pictures using the editorial equipment.

In Nova Kakhovka (Kherson region), under the pretext of quarantine, the Municipal Council hid from journalists where they would spend money: they voted in favor of holding closed-door sessions and asked all journalists and attendees to leave the session hall.

In Kakhovka (Kherson region) the city council denied entry to its administrative building to journalists, except the journalists of newspapers "Kakhovskie Novosti" and "Kakhovska Zorya".

Also, the journalists were not allowed to attend the session of the Lyubimivka village council in Kherson region, while at the same time the workers of the village council referred to the verbal order of the chairman of the UGC to allow no one into the building during quarantine.

In Lviv region, the TV crew of Pershy Zakhidny TV channel was closed in a shop, as they were filming the story on quarantine observance.

In Bukovyna, two parishioners of the Ukrainian Orthodox Church of Moscow Patriarchy prevented from working the journalist with Chernivtsi.Online newspaper, Halyna Yeremitsa, who verified whether they observed quarantine in church.

The security guards of the Kyiv –the Caves Lavra obstructed work of the Radio Svoboda TV crew, which was covering quarantine in Kyiv.

In the Kyiv region, an unknown obstructed work of the  journalist for Hromadske, Alina Sheremeta, who was interviewing in an air broadcast the employees of a pharmacy, a shop and a delivery service about coronavirus preventive measures.

The IMI lawyer Ali Safarov found these cases were obstruction to the legitimate professional activity of journalists. At the same time, he noted that the restriction of physical presence was one of the quarantine measures provided for by law, but its application and implementation must implemented in compliance with a procedure established by law, and not arbitrarily at the behest of local authorities.

"Pursuant to the second part of Article 19 of the Constitution of Ukraine, state authorities and local self-government bodies, its officials are obliged to act only on the basis, within the powers and in the manner provided by the Constitution and laws of Ukraine. The introduction of quarantine is regulated by the legislation of Ukraine, and the authorities should not exceed the powers stipulated in these norms, "Ali Safarov said.

Freedom of speech violations were reported in 13 regions in Ukraine in March. The front-runner by its number, as usual, was Kyiv (five), three cases were reported in each of the regions: Dnipropetrovsk, Donetsk and Kherson.

Thus, since the beginning of the year, there have been a total of 62 cases of violations of free speech in Ukraine. Of these, obstacles were 31, legal pressure  nine, beatings were six, threats were five, restrictions on access to public information and cyberattacks were four cases. 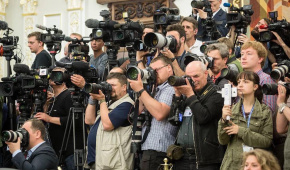 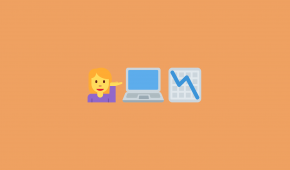 Freedom of Speech Barometer for July 2022
Blogs
How Cherkasy online media cover the war
Region "surrendered" to Hungary, Hungary paying extra to soldiers – russian propaganda fakes recorded in Zakarpattia
Makeshift hospital, oxygen and vaccination: how did Kherson media cover pandemic?
Sanctions against Medvedchuk’s TV channels. The first estimates
Do you want to be first to learn about the new research of the Institute of Mass Information? Subscribe to the newsletter!