Press not admitted to session of city council in Kryvy Rih 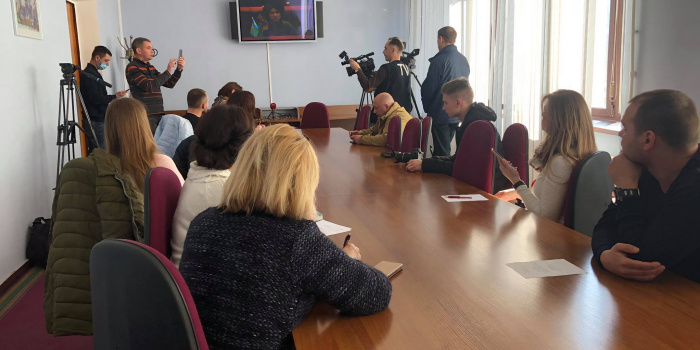 The local mass media could not attend the session of the municipal council in Kryvy Rih on 18 March. This measure was adopted in order to minimize the risks coronavirus propagation, as the officials explained.

But they authorized to place the camera to the municipal media outlet, as Detektpr Media reported.

The video broadcasts were made thanks to the help of elected council members who took pictures using the editorial equipment.

On the eve of an extraordinary meeting of the council the Direction of the Press and Information at the City Council of Kryvyi Rih informed the editions that journalists and operators would be able to work only in the press center.

The journalists also were unable to attend the meetings of the Permanent Committees before the council meeting. The municipal security banned them the way, referring to the instruction of the mayor. The conflict was resolved thanks to the Press Office.

The Kryvyi Rih City Commission on Technogenic Safety and Emergency Situations has settled that journalists had to be accredited for the duration of the City Council session.

During the meeting, deputies made decisions on measures aimed at preventing the spread of coronavirus in Kryvyi Rih.