The number of women cited by Ukrainian online media as experts has dropped by 9% since first 10 months of 2019. These are the findings of a gender balance survey of 17 online media conducted by IMI experts in December 2019 *.

Currently, the ratio of women to men as experts in the mass media is 15 versus 85%. For comparison, in February 2019, the presence of female experts in online media was 24%.

According to the monitoring data, females protagonists are four times less than men. On average, this figure is 26% of women versus 74% of men.

Most often, women were mentioned in the news of the criminal record and emergencies - 28% of the total number of articles mentioning women. At the second place there were women objects of the show business stories (27.3%). At the third position there were mentions of women politicians (10.4%). The most frequently mentioned politicians females were Yelysaveta Yasko (MP from the "Servant of the People"), Iryna Gerashchenko (MP from the EU) and Anna Skorokhod (MP, the former MP from "Servant of the people"). 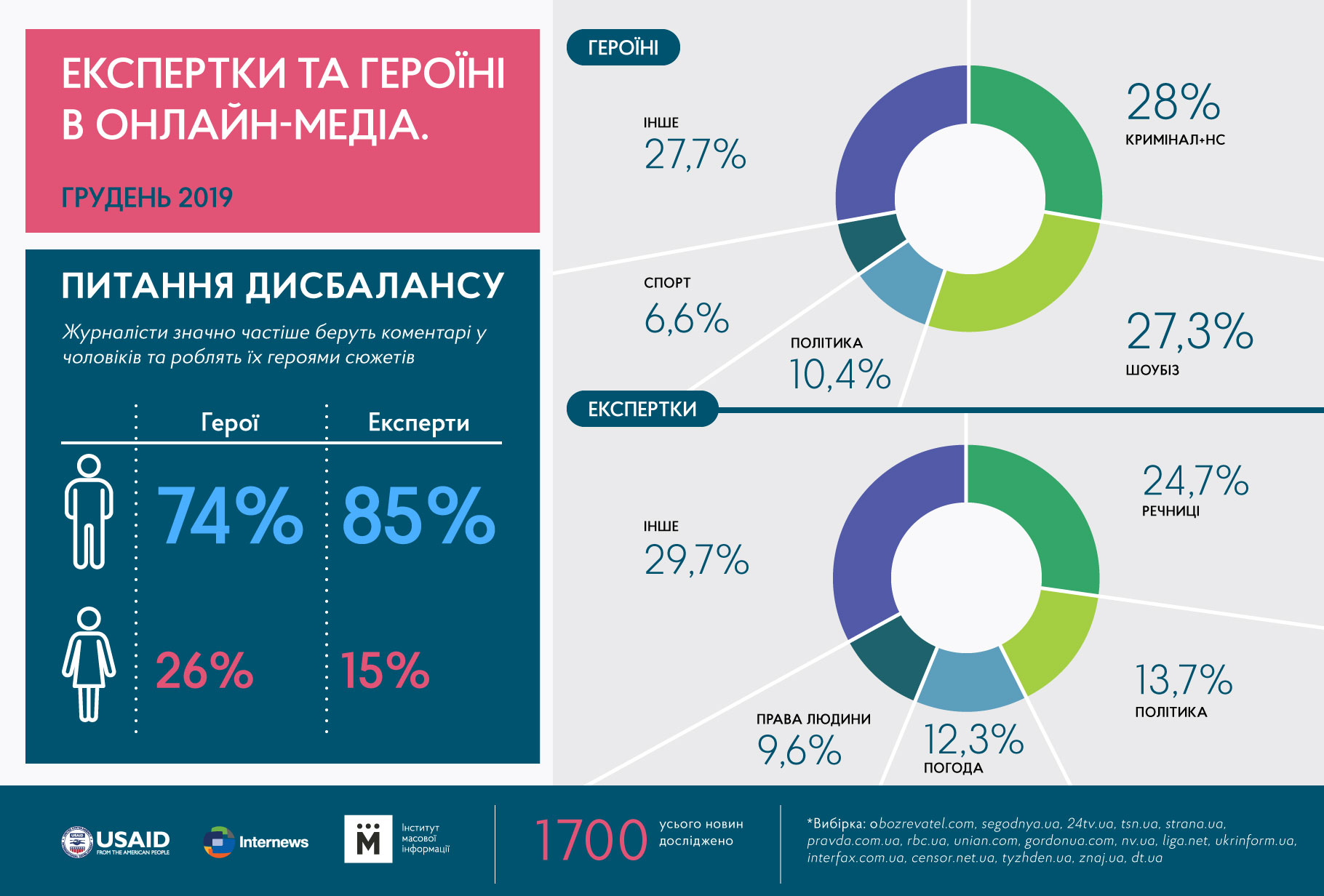 " Over the past 10 months, the women mentionnings in online media has significantly decreased. Yes, experts have noted that these figures have fallen by 9% and were now only 15%. The last time we recorded such low figures is in 2017. The percentage of mentions also decreased by 2% and now stands at 26%, the order of the top topics where the females heroines and experts are mentioned has changed slightly, but this can be justified by the fact that other topics were relevant in the monitoring period, unlike the previous ones. Another key issue is the fact that most of the monitored media outlets simply ignore and do not use feminitive suffixes in their materials , ” as IMI media analyst Yana Mashkova said.

The full study can be found here.

This research was made possible by the support of the American people provided through the USAID Media Program in Ukraine, implemented by the international organization Internews. The content of this material is the sole responsibility of the Institute of Mass Information and does not necessarily reflect the views of USAID, the US Government, or Internews.