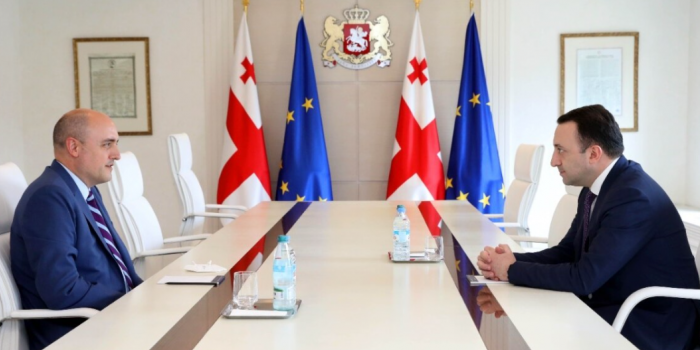 Radio Free Europe / Radio Liberty President and CEO Jamie Fly has called on Georgian Prime Minister Irakli Garibashvili to bring to justice those who funded and ordered assaults against journalists during the protests rally. He said this during a meeting on July 26, Echo Kavkaza reported.

"Attacks on journalists are absolutely unacceptable and disturbing to see in Georgia," Jaie Fly wrote on Twitter following the meeting.

"I urged the government to ensure that the media, a key pillar of democracy are protected as they cover the upcoming elections. RFE / RL, the Georgian service of Radio Liberty, is committed to providing objective news and information to the Georgian people during this important moment, ” as Jamie Fly said.

The RFE / RL President also met in Tbilisi with journalists injured on July 5, including representatives of the Georgian service of Radio Liberty.

"Many journalists here fearfull that this could become the new normal in Georgia," Jamie Fly added.

As IMI reported, on July 11, it became known that cameraman Lexo Lashkarava had died in Tbilisi . He had been beaten on July 5 by opponents of the LGBT community march. In this regard, an action demanding th

The Georgian Interior Ministry said that the interim data of the examination indicate that the death of the beaten cameraman Lekso Lashkarava could have been caused by a drug overdose.