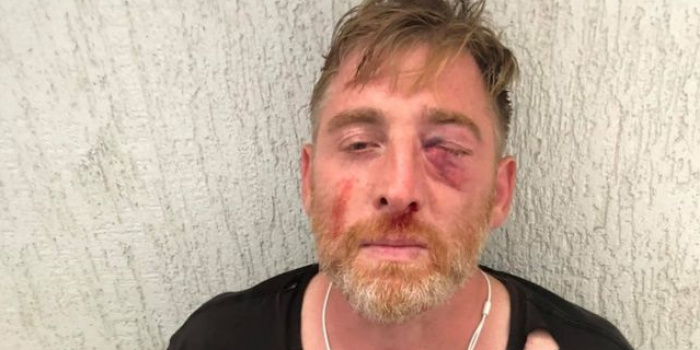 The Georgian Interior Ministry said that the interim data of the examination indicate that the death of the beaten cameraman Lekso Lashkarava could have been caused by a drug overdose.

The official of the ministry said it on July 12 at an emergency briefing, as " News-Georgia" reported.

“According to the conclusion of the chemical examination, the samples taken from Lekso Lashkarav's body had some drugs: morphine, codeine, tetrahydrocannabinol, gabapentin and monoacetin morphine. According to the examination, the cause of death could have been an overdose of these drugs, it should be noted that this conclusion is intermediate, "- said the Interior Ministry.

According to the news agency, the day before his death, Lashkarava bought some psychotropic drugs and disposable syringes at the pharmacy.

The Interior Ministry also claimed that "the evidence in the case confirms" that Lashkarava "bought and used drugs with a friend, after which he got sick."

The Ministry of Internal Affairs also made public some video from surveillance cameras used by the investigation.

The publication reminds that Lekso Lashkarava's facial bones were broken and he underwent an operation. Six days later, on the morning of July 11, his mother discovered that he had died in his bed. The Ministry of Internal Affairs is probing into the case.

Immediately, the police took Lashkarava's body out of the apartment without the consent of relatives. It happened in such a hurry that the body was taken out in a special bag, but without the use of a stretcher, as the news agency reported.

Later, the Interior Ministry said that an independent expert could join the investigation.