Protasevich's father about video of his son: broken nose and a lot of powder on his face 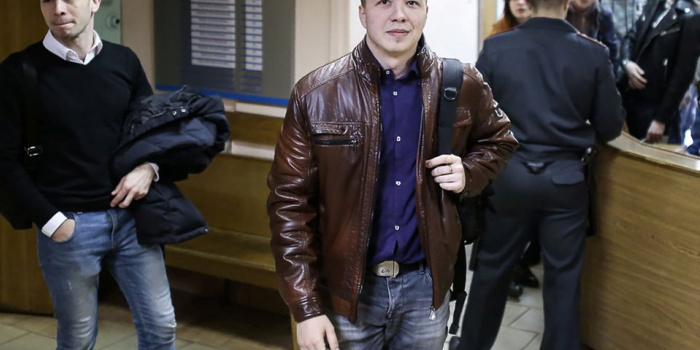 The father of detained journalist Roman Protasevich is convinced that his son was forced to admit "guilt" in a video posted on May 24 on the Internet. Dmitry Protasevich believes that Roman was beaten, as he said interviewed by Reuters, as “Liga” reported.

"It's likely his nose is broken, because the shape of it has changed and there's a lot of powder on it. All of the left side of his face has powder," the elder Protasevich told Reuters in an interview in Russian late on Monday from Wroclaw, Poland, where he and his wife live.

"It's not his words, it's not his intonation of speech. He is acting very reserved and you can see he is nervous," Protasevich said of his son. "And it's not his pack of cigarettes on the table - he doesn't smoke these. So I think he was forced."

The father added: "My son cannot admit to creating the mass disorders, because he just didn't do any such thing."