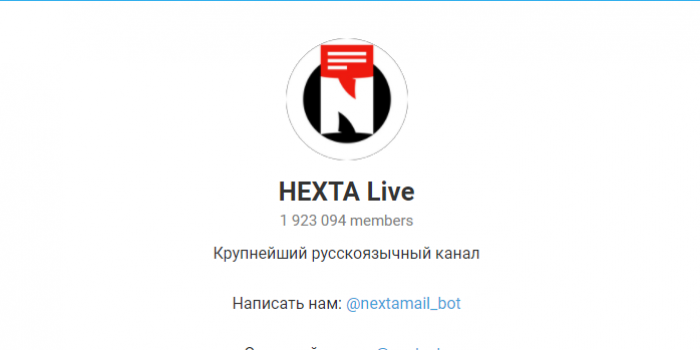 The Telegram channel Nexta Live, which covers the protest rallies in Belarus, has been remnamed as "HEXTA-Live", after a Minsk court labelled its logo as "extremist," as LB.ua reported.

Earlier, the Nexta Live team invited subscribers to "think about rebranding" together and send them all suggestions for a new "non-extremist" logo and name.

As IMI reported, on October 20, the Central District Court of Minsk recognized the Nexta Live telegram channel and the Nexta logo as extremist.

As IMI reported, on August 14, it became known that the Ministry of Internal Affairs of Belarus started criminal proceedings against the founder of the opposition Telegram channels Nexa and Nexta Live, Stepan Putylo, and put him on a wanted list. He faces up to 15 years in prison. Putyla is accused of organizing mass riots.

The NEXTA Live telegram channel, despite the shutdown of the Internet, has become the main source of information about the protests in Belarus.