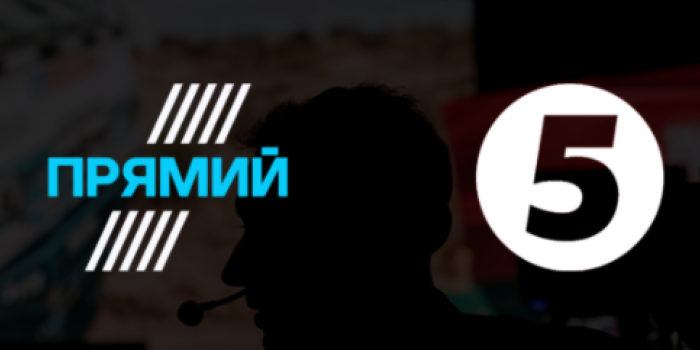 "Priamy" and Channel 5 appeal to the Council of National Security and Defense and the National Council for Television and Radio Broadcasting with a call to allocate the time slot in the joint telethon "United News" which will be vacant if the participation of "Ukraina" media group is terminated to them.

This is said in the TV channels' joint statement.

"Employees, journalists, and editorial teams of 'Priamy' and Channel 5 once again express their readiness to participate in the production of content and the telethon's broadcasts. From the first days of the russian invasion, the TV channels, upon their own initiative and good will, abandoned the traditional broadcast network, repurposed the airtime, namely by broadcasting the joint telethon," the statement reads.

The TV channels reminded that on March 19, "Vilni Media" LLC appealed to the NCTRB, the National Security Council, and the MCIP with a request to give them part of the airtime in the national telethon and to include them in the editorial team. It is noted that these channels received confirmation from the Minister and the head of the NCTRB regarding the allocation of time slots to them starting March 23.

However, this never happened. Later, we heard an excuse about the lack of a free slot, which now seems to be appearing. Instead, the channels were excluded from digital broadcasting on the night of April 4. No official has yet taken responsibility for disconnecting the TV channels from the digital broadcasting and nor explained the legal grounds for it. The authorities have not yet responded to the petition regarding the illegal disconnection of the three TV channels, the deadline for which expired on July 13," the statement reads.

The channels emphasize that "they have always defended pro-state, pro-Ukrainian, and pro-European positions."

"We are ready to do everything together to fight the hybrid information threats of the russian federation and work 24/7, bringing Ukraine's joint victory in the war against ruscism closer," the statement reads.

As reported by IMI, on July 11, the owner of the investment company SCM Rinat Akhmetov announced that the company was quitting the media business and ceasing the activities of the "Media Group Ukraine" online media. "Media Group Ukraine" will give up all broadcast and satellite television licenses of its channels and printed media licenses in Ukraine in favor of the state. Akhmetov mentioned the entry into force of the law on oligarchs and the impossibility of selling the business in the six months allowed by the law under market conditions as the reason for this decision.

On April 4, Channel 5, "Priamyy," and "Espreso" announced that on April 4 in the morning the Broadcasting, Radiocommunications, and Television Concern (BRTC) had shut down the broadcasting of these TV channels in T2 digital network.