Photo exhibition about journalists during the war opens in Kyiv

Photo exhibition titled The War Is Not Over Yet opened on June 23, 1 p.m., in Taras Shevchenko Park in Kyiv. The event's purpose is to tell the stories of journalists thanks to whom the world knows about the war waged by russia against Ukraine. In the photo exhibition, the russians' crimes against the media committed since February 24, 2022, are documented. 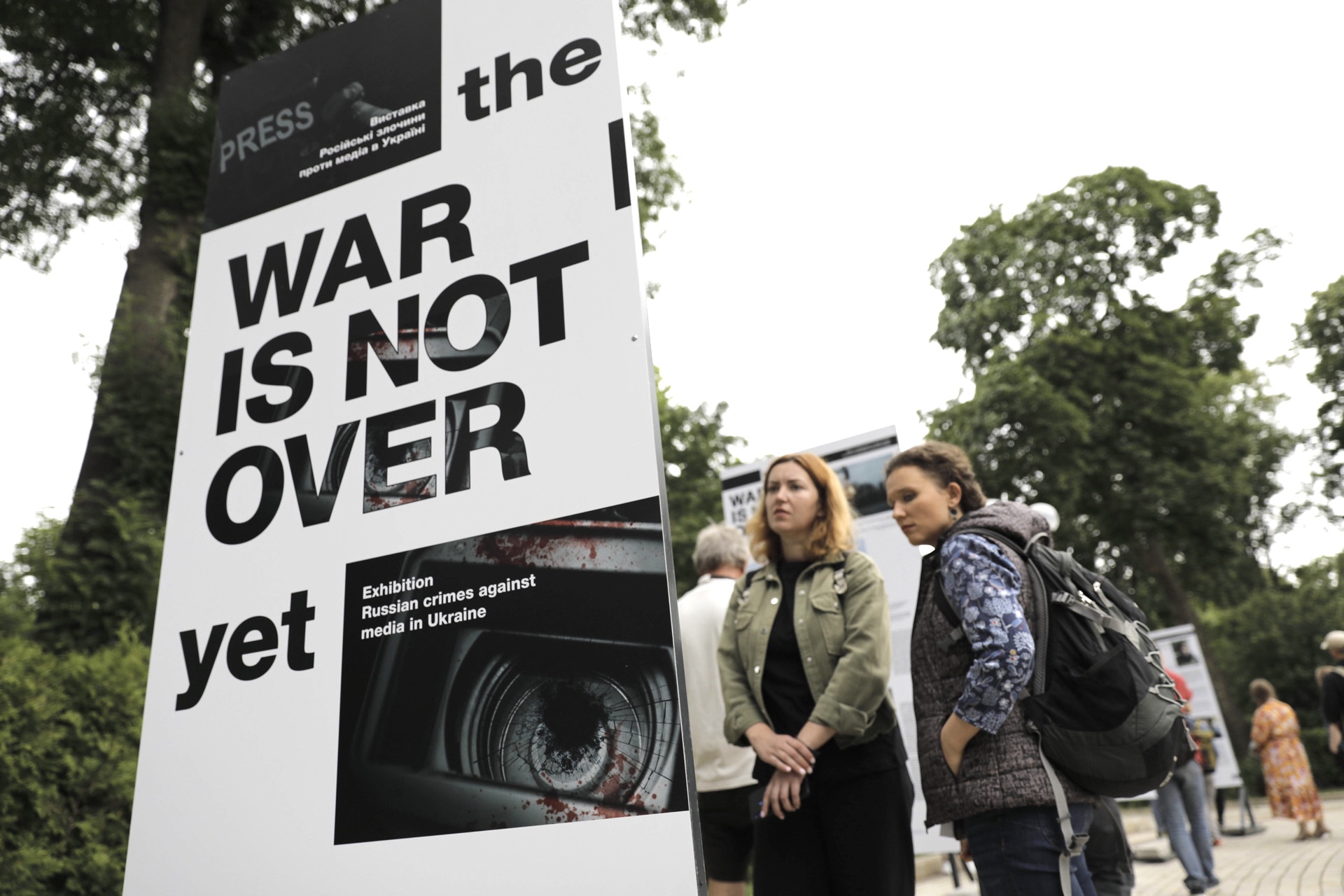 All photos from Maidan Museum

Anastasia Blyshchyk, journalist and correspondent for the Ukraine 24 TV channel, spoke about her fiancé, journalist and UAF serviceman Oleksandr Makhov, who was killed in Kharkiv region on May 4, 2022.

"Less than a week before the full-scale russian invasion, Sasha was on a business trip to the Donbas. On February 24, he came to Kyiv, picked me up from work, we arrived home, and I told him: 'You're tired, you've been driving for so long, rest, maybe sleep, and tomorrow we'll go to the enlistment office.' And he told me: 'Well, Nastya, you read the news, you see that civilians are dying, my brothers are dying, I can't do that, I won't be able to sleep like that.' And then he and I went to the enlistment office. And he had been fighting for us all for 70 days and, apart from defending us, he had been filming videos for his future documentary on his phone and writing," said Anastasia. 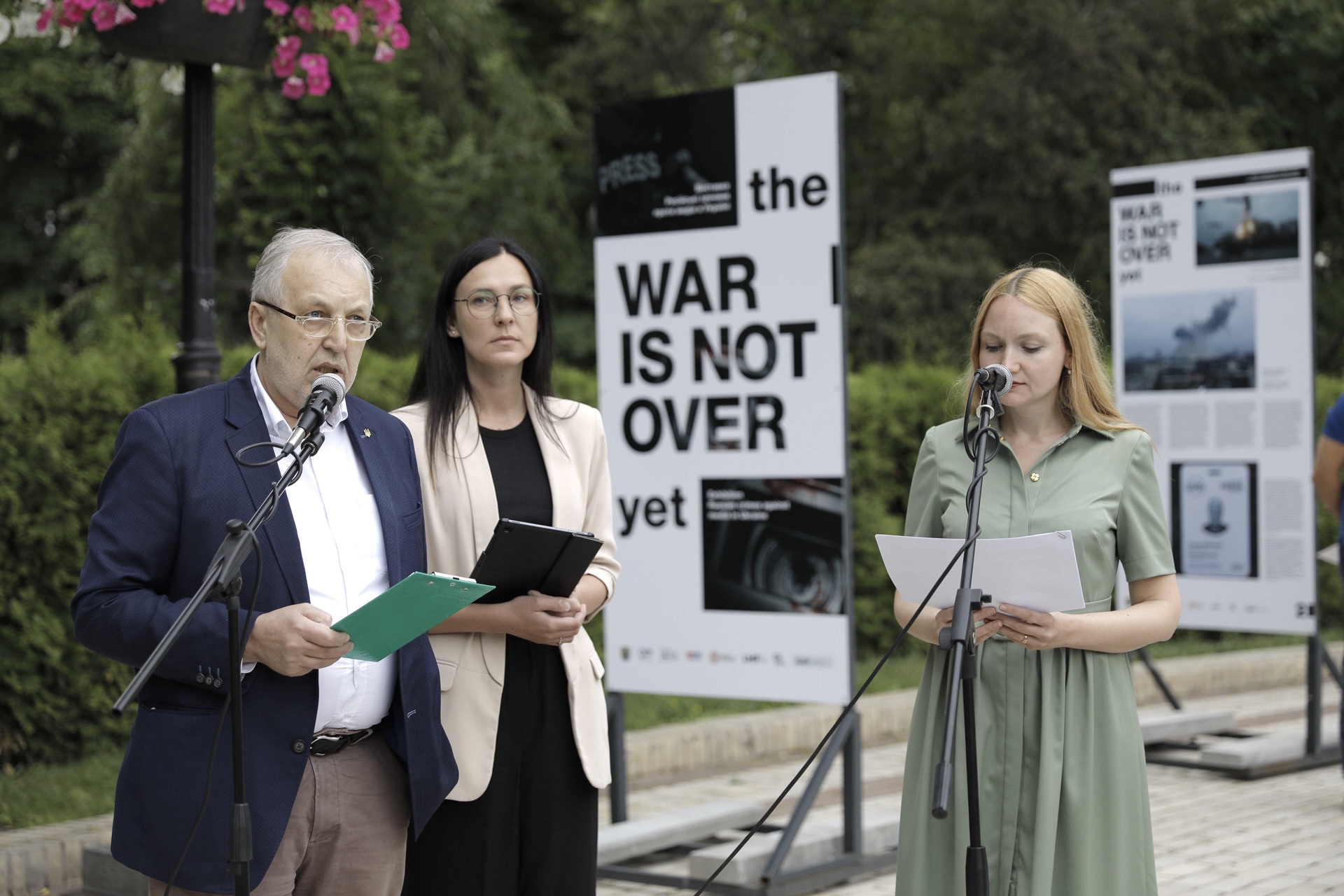 Radio Liberty correspondent Maryan Kushnir, who was wounded at work on March 11 due to a russian missile strike in Kyiv region, spoke about the specifics of working during the war.

"We are losing our colleagues, but when we went to this war to film it, we knew that not all of us would return. The war is not over yet, not all of us will come back, unfortunately… I don't think we should just stand there and cry now. The war will end, we will process everything, weep, and then we will move on, to develop ourselves and develop our journalism," Maryan Kushnir believes. 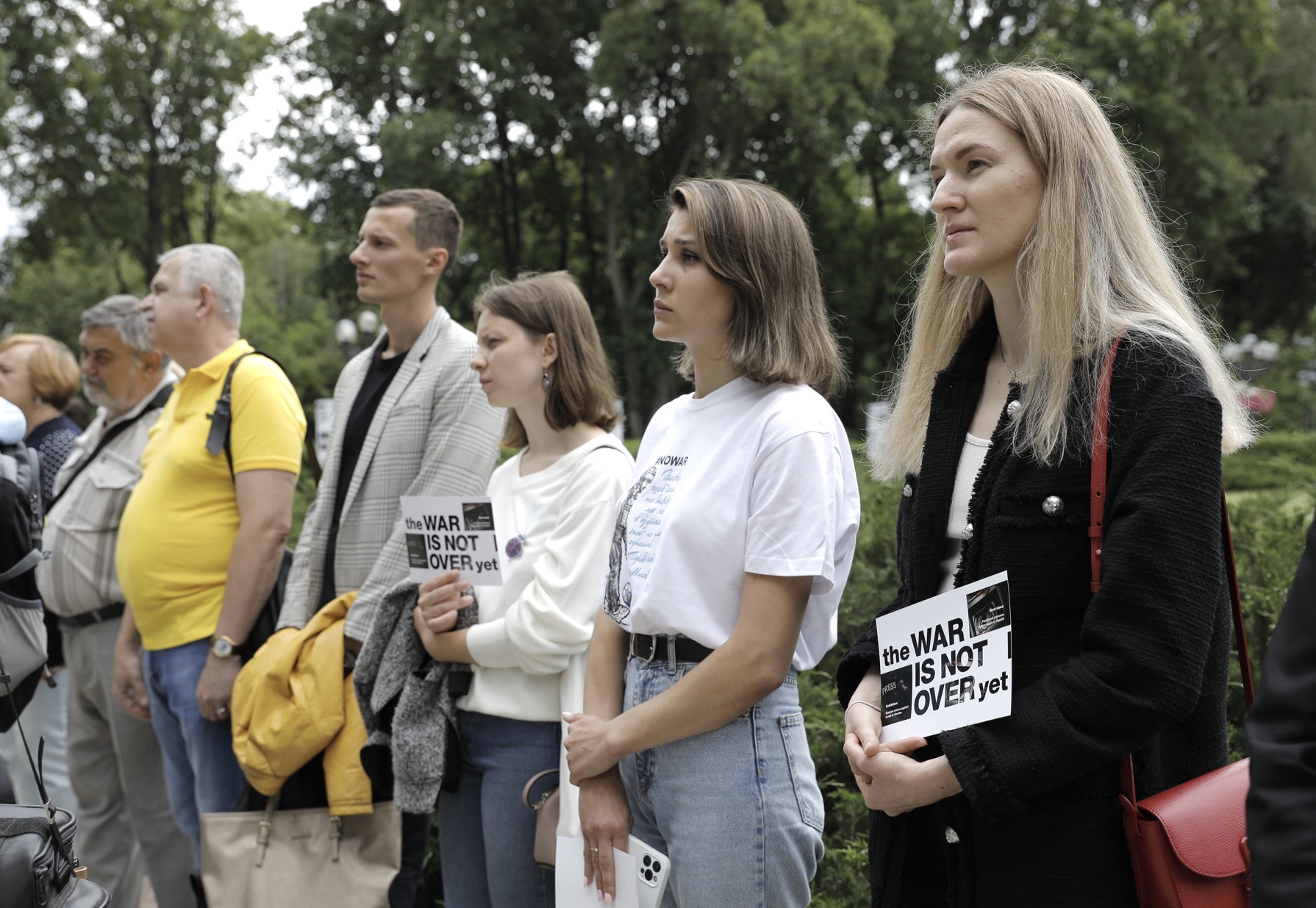 Sevgil Musaieva, editor-in-chief of online publication "Ukrainska Pravda," mentioned her classmate, American journalist Brent Renaud, who was killed on March 13, 2022 in Irpen while filming the evacuation of local residents.

"Journalists are always in a hurry, they always want to be the first to report some news. But in my case, it was very scary when at eight o'clock in the morning, New York time, I called my sister to say that her lover had been killed and, unfortunately, all I could do is bring his body to the United States. The film that Brent was shooting will be seen by the whole world. His colleagues, all of us, did everything possible to make this happen. I think we will be impressed with this work. This is a very important part – for the world to see the truth about what civilians are going through in Ukraine," Sevgil Musaieva stressed. 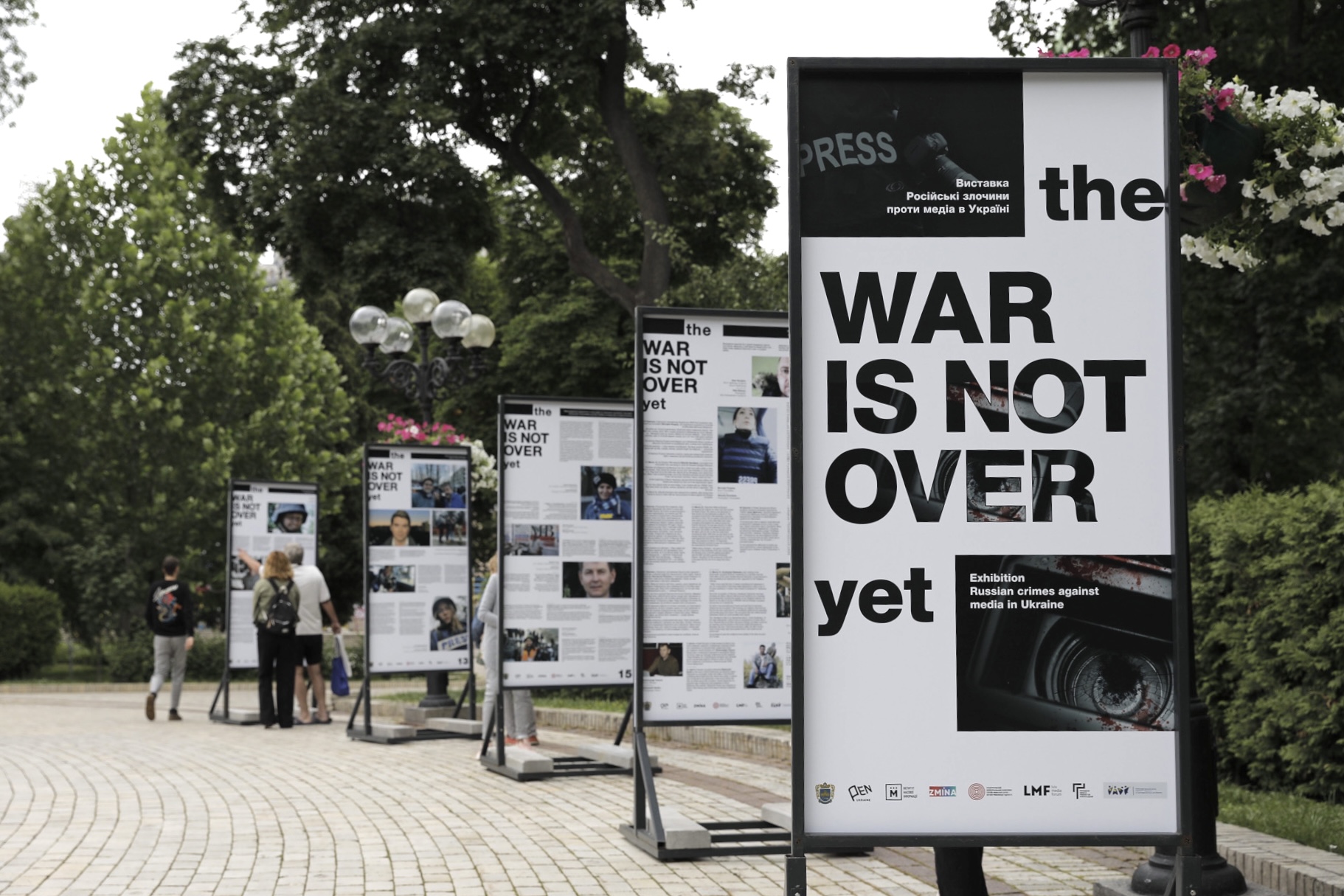 Photojournalist Maks Levin was also mentioned at the ceremony. Photographer Oleksiy Furman and director Petro Tsymbal told the story of their colleague. On March 13, Levin and military photographer Oleksiy Chernyshov drove to Huta Mezhyhirska village to film the aftermath of the russian invasion. They got out of the car and headed towards the village of Moshchun, after which both went out of touch. On April 1, their bodies were found by the police. According to the investigation carried out by Reporters Without Borders, both men could have been executed by the russian military. This year, the jury of the Heorgiy Gongadze Prize awarded Maks Levin a special prize "For outstanding contribution to the development of Ukrainian photography, commitment to the profession, and courage."

You can visit the photo exhibition The War Is Not Over Yet in Taras Shevchenko Park until July 6. It will then be presented in Boyarka, Maks Levin's hometown.

Watch the video from the exhibition's opening.

According to the Institute of Mass Information, at the time of the exhibition's preparation (June 21, 2022), 33 killed Ukrainian and foreign journalists were known. 8 of them died in the line of duty. 25 were killed as combatants or by russian shelling or torture. The list of them is posted here. At least 13 other journalists have been injured and at least 15 went missing.

Since the start of the full-scale invasion, russia has committed over 300 crimes against journalists and the media in Ukraine. The Institute of Mass Information is keeping a chronicle of russia's media crimes.

The exhibition is organized by: Ukrainian PEN, Institute of Mass Information, ZMINA Center for Human Rights, National Museum of the Revolution of Dignity, Lviv Media Forum, Heorhiy Gongadze Prize with the assistance of Shevchenko District State Administration in Kyiv and Kyiv City Center for Folk Art and Cultural Studies.