For the first time in history, the Heorhiy Gongadze Award gave a special prize to photojournalist Max Levin posthumously. It was announced on May 21, PEN Ukraine reports.

The Chapter posthumously awarded Levin "for outstanding contribution to the development of Ukrainian photography, devotion to the profession, and courage."

Max's mother and his colleague and friend Markiyan Lyseiko received the award.

Andriy Kurkov, a member of the Award's Chapter, noted Levin's professionalism: "He took part in the most tragic story of the war in eastern Ukraine – leaving the Ilovaysk pocket together with hundreds of Ukrainian servicemen. His legacy will be a testament to the dramatic history of our last eight years. Max Levin will remain in the history of Ukrainian journalism and photojournalism forever. The photographs he took will be studied not only by history buffs but also by judges. He had been collecting evidence of crimes committed by the russian army."

Since 2014, Max Levin had been filming the war that russia started in eastern Ukraine. He was one of the Ukrainian journalists who witnessed the tragic events in Ilovaysk and managed to escape from the Ilovaysk pocket. After that, together with his colleague Markiyan Lyseyko, he launched the documentary project After Ilovaysk. 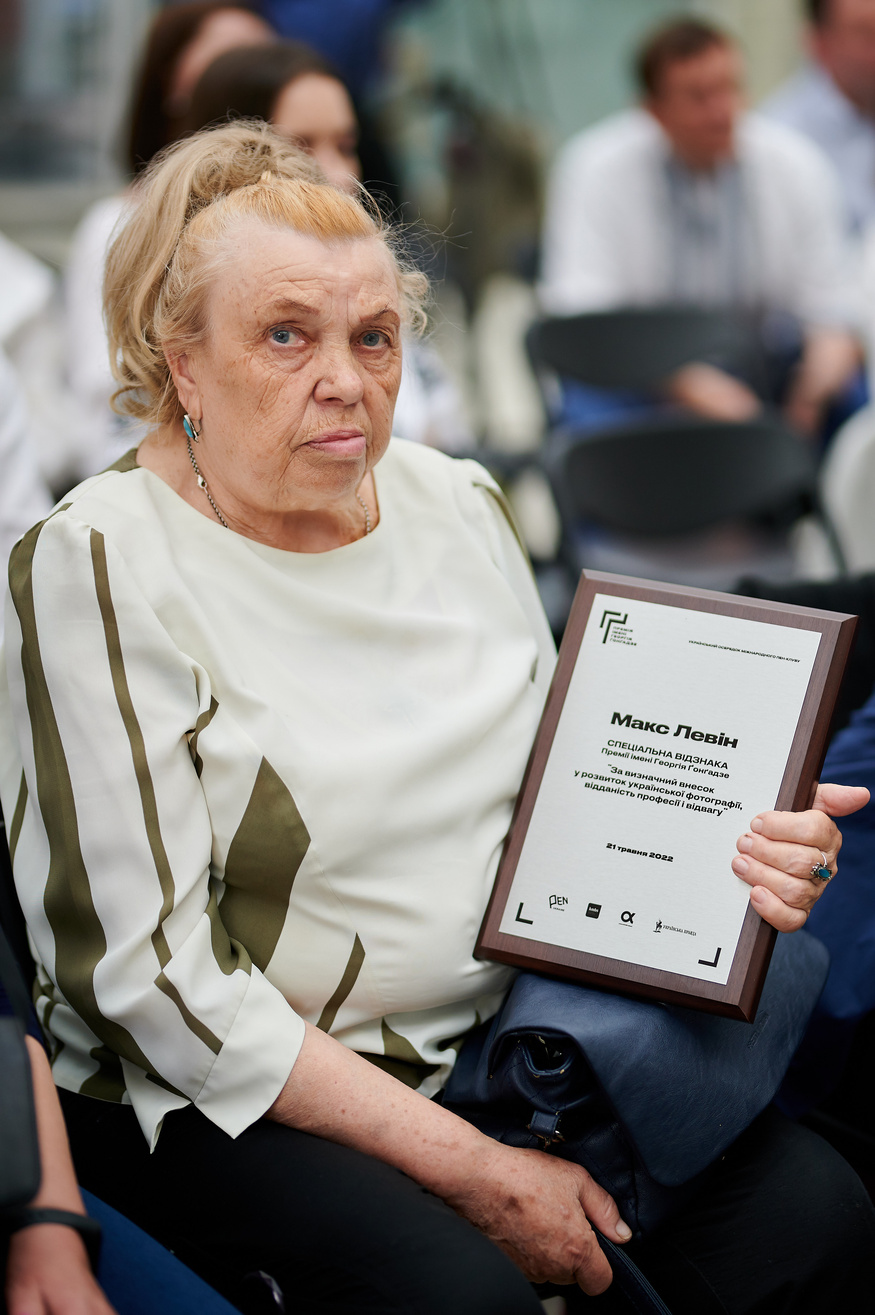 As IMI reported, photojournalist Maxim Levin had gone missing on the frontline in Vyshgorod district near Kyiv, where he had been carrying out his professional duties covering the war. He had last been in touch on March 13. On that day, he had driven his own car to take pictures of the fighting. He had left the car near Huta Mezhyhirska village and walked towards Moshchun village. A message had been sent from his phone at 11:23; after that he had not been in touch or online.

On April 1, photojournalist Maxim Levin was found dead in Huta Mezhyhirska village of Vyshgorod district near Kyiv. According to the prosecutor's office, russian troops had fired two shots at him from a light weapon. Maxim had been working on the frontline as a journalist and was documenting the war crimes committed by the russians.

President Volodymyr Zelenskyy awarded Maxim Levin with the "For Courage" order of the 3rd degree.

Maxim Levin was born in 1981 in Kyiv region. He had worked as a photo correspondent, documentary photographer, and camera man for many Ukrainian and international periodicals, and had cooperated with such agencies ad Reuters, BBC, TRT World, Associated Press, LB.ua, Hromadske. His photos have been published in such media outlets as Wall Street Journal, TIME, Break.