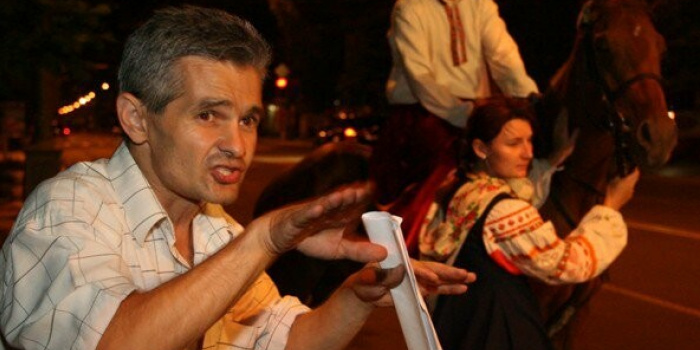 According to the newspaper, this became known after the reports by the russian news agency TASS.

According to 0629.com, Andryi Kior studied at the Moscow Institute of Cinematography. He took up journalism after working in business, had worked for several years in Poland and then in Ukraine.

He began his journalistic work at the press center of the Illich MMP as a correspondent for "Illichivets" newspaper. He had worked on television, too, and founded his own TV studio "Adamakha."

He was the president of a media holding in Metinvest, virtually running the MTV channel, "Priazovsky Rabochy" newspaper, and the mrpl.city website. He was developing his own production studio. Recently, his services were being used by local TV channels.

With the beginning of the full-scale offensive of the russian federation on Ukraine, Kior organized a shelter in the basement of his house on Kuindzhi Street, where about 80 people were hiding. During one of the shellings, his house burned down completely.

It is unknown why Andriy Kior went to cooperate with the occupiers, the newspaper writes. But, the editorial office notes, he is currently filming propaganda stories.

The authorities have issued a suspicion notice for collaboration to Kherson journalist Hennadiy Shelestenko, who is cooperating with the enemy to provide information support to the russian army.

Another Kherson journalist, Oleh Hrushko, who is spreading russian propaganda on the "Naddnepryanka" website, began cooperating with the occupiers.