Several journalists in Zaporizhzhia region begin to work for the occupiers 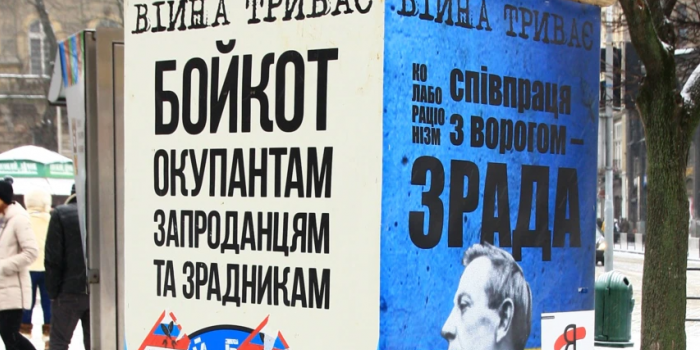 It is reported that the Melitopol collaborators used to work for MTV-Plus, which belonged to the former People's Deputy of Ukraine from OPFL, and now – to Zaporizhzhia Regional Council deputy, self-proclaimed "head of the military-civil administration" of Zaporizhzhia region, collaborator Yevhen Balyts.

According to the newspaper, they are currently working under the leadership of another collaborator, the head of MTV-Plus TV and Radio Company Oleh Shostak, who, according to Slidstvo-Info, is allegedly responsible for the mass propaganda work.

In Berdyansk, Pavlo Ishchuk, editor of the Gorod city newspaper, chose to cooperate with the enemy. In the self-proclaimed Berdyansk administration, he has been appointed deputy for foreign and domestic policy and mass communications. According to the Zaporizhzhia Investigation Center, in 2013, Ishchuk was appointed press secretary of Mayor Oleksiy Bakai and head of the press office of the executive committee of Berdyansk City Council. Currently, Ishchuk continues to fill the feed with news from occupied Berdyansk on his Facebook page.