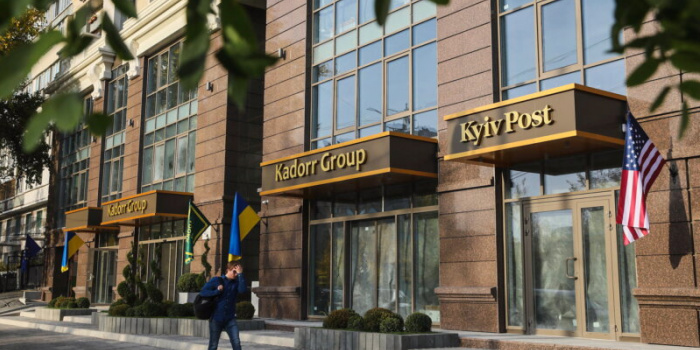 The Kyiv Post will resume its daily online edition on December 8, as the CEO Luc Chénier announced it, as Interfax-Ukraine reported.

“The Kyiv Post will resume daily news coverage on the Internet from December 8. We have assembled a team of enthusiastic and experienced journalists who share the values ​​of The Kyiv Post and a commitment to quality journalism that will provide comprehensive news, ideas, thoughts and entertainment. Starting on Wednesday, December 8, we will continue our mission to provide the international and domestic audience with important coverage of Ukrainian affairs and will remain a beacon of democracy and objectivity, ”the letter reads.

It also reminds that The Kyiv Post has made a strategic decision to cancel the paid access and make all content free online for the widest possible international audience.

“We respect the decision of some subscribers to cancel their subscription after the suspension of publications on November 8, while others (subscribers - IF ) were affected by a further technical error that led to further cancellations… Refunds have begun and will continue until all relevant subscribers are returned "- said Luc Chenier.

According to him, The Kyiv Post is in close contact with its global payment processing service provider, which has assured that it would process all return payments within shortest possible period.

The CEO also added that in 2022-2023, it is expected to add some several new The Kyiv Post services in different languages, including French, Arabic, Ukrainian, German and Russian.

As reported by IMI, on November 8, the owner of the English-language Kyiv Post Adnan Kivan announced a temporary shutdown of the edition.

Prosecutor General Iryna Venediktova and MPs from the Servant of the People made pressure on Kyiv Post weekly. Former journalist of the publication Anna Myronyuk said this during a round table held at the Ukrainian Crisis Media Center,

The new CEO of Kyiv Post is Luc Chénier, who had already been head of the edition from 2016 to 2018.