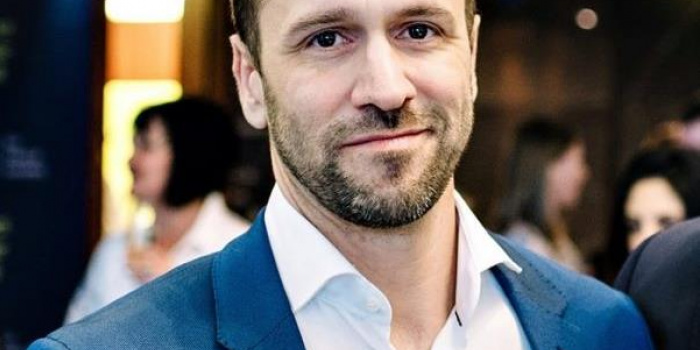 The new CEO of Kyiv Post is Luke Chénier, who has already headed the edition from 2016 to 2018.

According to Adnan Kivan, Luc Chénier is to work on the next stage of Kyiv Post's development, including "ambitious plans to extend the edition" and "further strengthen Kyiv Post's position as Ukraine's global voice."

"We look forward to continue our close cooperation with the Ukrainian and international community in the coming weeks and months, as Kyiv Post enters an exciting new phase under Luc's leadership," said Adnan Kivan.

Luc Chénier said he had been assured by the Kyiv Post owner that "respect for the editorial independence he has shown for three years remains unchanged."

“... I take on this role, In am convinced that the Kyiv Post plays a vital role in Ukraine's future. I return to a difficult time in the 26-year history of the Kyiv Post. The events of this week have caused clear concern about the future direction of the weekly. I appreciate the expression of concern that followed Monday's announcement, and I believe that the strength of emotion expressed in recent days underscores the importance of Kyiv Post as the flagship of independent journalism and freedom of speech in an independent and democratic Ukraine ... Mr Kivan remains committed to his vision of a bigger and better Kyiv Post. He is also committed to the values ​​of transparency and honesty that have defined the Kyiv Post for more than a quarter of a century. I share this commitment and will work to uphold these values ​​in my role as CEO, ”said Chénier.

According to Chénier, the decision to suspend publication of the weekly on November 8 was made unwillingly, which was preceded by a complete severance of relations with the staff "due to opposition to plans for large-scale expansion of the Kyiv Post."

“... My first task as the new CEO of Kyiv Post is to pay tribute to the people who have made this brand a world-renowned symbol of quality journalism. First of all, I would like to thank former editor-in-chief Brian Bonner for his many years of work. I think it is no exaggeration to say that Brian Bonner has set standards for a generation of Ukrainian journalists. I also express my sincere gratitude and deep respect to the journalists and other employees of the Kyiv Post. I understand that the unexpected nature of the announcement on Monday was alarming, and I want to make sure that no employee is left without reasonable financial support, regardless of whether he wants to be part of the expanded Kyiv Post, ”said the new CEO.

Chénier added that in the coming weeks he hoped to meet with the whole team in person and discuss the possibility of continuing cooperation. Chénier assured that "Kyiv Post will soon return" to the country's media landscape.

Canadian citizen Luke Chénier headed the Kyiv Post from 2016 to 2018, then he founded a specialized agency PLAN C.

In 2005 he founded the 5th Element Advertising agency in Kyiv, was the marketing and digital director of MTV Ukraine. In 2013, he became Havas Worldwide's Director of Strategy for Ukraine, at which time he founded Titanium Presentations, which made a series of promo videos for Ukraine for the Ukrainian government. Open for U.

As reported by IMI, on November 8, the owner of the English-language Kyiv Post Adnan Kivan announced a temporary shutdown of the editoria