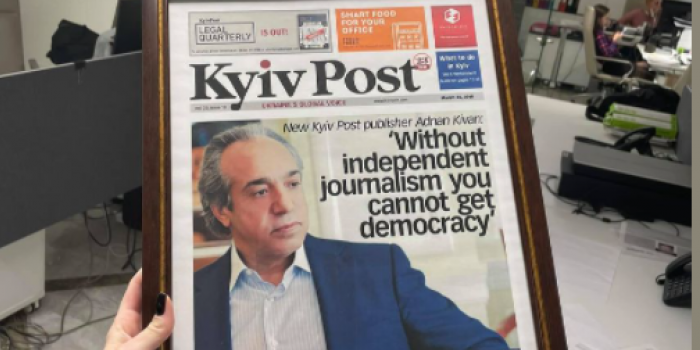 The Kyiv Post owner Adnan Kivan said the President's Office had not made pressure onto the edition or him personally to influence the editorial policy. He told this speaking to Detektor Media.

"There was no pressure from the President's Office on Kyiv Post and Kivan Adnan. Thank God, there is freedom of speech in Ukraine today, ” Adnan Kivan said.

Commenting on the reformatting of the edition, Adnan Kivan said that all were technical issues that "will be resolved in the coming days."